All That Remains at Chicago Open Air: photoshoot by Andy Wright, plus live photogallery! 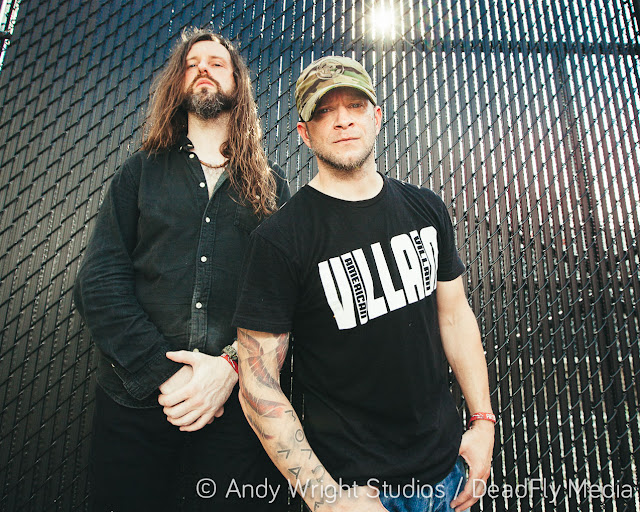 Another band in the amazing line up for the three-day, first-ever, Chicago Open Air festival at Toyota Park, Bridgeview, Illinois: All That Remains.

After their set on the main stage at Chicago Open Air, Phil Labonte and Oli Herbert of All That Remains very kindly stopped by for a portrait session with Andy Wright of Andy Wright Studios. 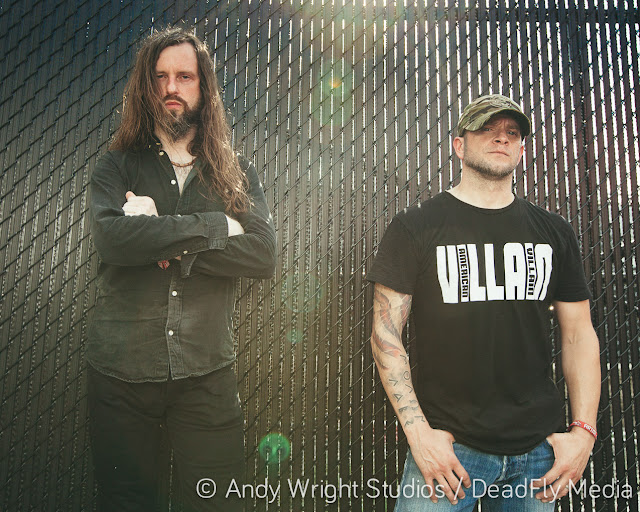 And here's the Toon's Tunes/Cameras and Cargos photogallery from the live show at Chicago Open Air: click here to see!

While editing a million photos this week, I've been down several internet ratholes researching the background/inspiration for several tattoos... coming across erroneous, Google-translated oooopses (I'm not telling where), and finding lots of people who have far too much time on their hands (nasty comments threads). But one of the most-interesting tattoos is the one on Phil Labonte's right arm; a segmented snake, and the words "Join Or Die". Each of the snake segments has the initials of an early USA state or region... it comes from a political cartoon created by Benjamin Franklin, and published in the Pennsylvania Gazette in 1754. The meaning and use of the image has morphed since it was created (unity or war), and the history is fascinating. (You can see the tattoo in the live photo gallery.)

Find out about upcoming All That Remains tour dates and more, on their website and Facebook!
Posted by Alison Toon Photographer at 10:25 AM