So.. the final day of 2017 is here, today, and on the far side of the earth people are already celebrating the dawn of a new year; fireworks in Australia and Hong Kong already dazzling the skies. Before that happens here in California, here's a look back at 2017 from the perspective of Alison Toon Photographer. It's been a good year, it's been a bad year, and it's been, from my view of American politics, an ugly year too. 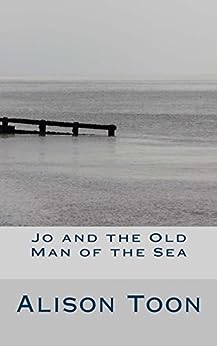 Yes, it has been an "interesting" year, in all spirits of the word, interesting. Politically painful; living in a country which, more and more, I see heading in a direction diametrically opposite to the direction in which I was raised, and in which I believe. I see people living on the streets and along the rivers of Sacramento, with nothing but canvas or cardboard to keep them, and their few belongings, safe overnight. At the beginning of 2017 there was a lot of rain--much needed after several years of drought--but terrible for anyone who is sleeping rough. Shocking statistics: there are more people homeless in Sacramento than in all of the UK. The homeless population of California, according to this article from the New York Times, is approximately 554,000 people. That's more than the population of some entire countries; Iceland, for example, has a total population of approximately 336,400 people and while the climate for sleeping outdoors is definitely preferable in California to Iceland, it's totally shameful that such a huge, rich state has so many people living in dire conditions.

Driving through Sacramento in the rain last winter, seeing people without shelter, was one of the triggers to writing my first novel, Jo and the Old Man of the Sea, which was published in February 2017 and is available through Amazon and other booksellers around the world. (Find more details here.) The other inspiration for Jo? My favourite place in the whole wide world... North Norfolk, in England, where I was happily able to spend a few weeks this year.

I also launched another website, telling the stories within my family history research. The family tree has for too long been a multi-dimensional jigsaw puzzle hidden inside my brain and within Ancestry.com's databases; this is the time to make the data human again. It's not just a linking of statistics and DNA; it's a whole encyclopedia of human lives, struggles, loves and achievements.

Photography... the year has been super-full of amazing experiences.

I covered three of the four Marillion Weekends this year: in Port Zelande, The Netherlands; in Lodz, Poland; in my hometown of Leicester, England, UK! De Montfort Hall, Leicester, still one of the best and most beautiful concert venues. Perfect acoustics... These weekends were amazing experiences, attended by people from all around the world, some travelling huge distances. The next weekends are planned for 2019, but Marillion have a USA tour coming soon in 2018; not to be missed!

Festivals: this year's included Louder Than Life, in Louisville, Kentucky, City of Trees in Sacramento, Aftershock, also in Sacramento, to name just a few. (Incidentally, my step tracker tells me that my most active weekend this year was the Aftershock weekend... if I took that number of steps every day I would never, ever have to be concerned about how many times a day I eat chips.)

Concerts: a few major highlights: Paul Weller!!! Wow... Paul Weller. I photographed a Paul Weller show. Still smiling about that one. Midge Ure, too: that was in January, at Harlows. Hellyeah were awesome at the Ace of Spades. Chevelle taught me how much I love their "indoor" show, bringing some superb lighting on the road. Trace Adkins, at California State Fair. Dropkick Murphys and The Selecter at Sacramento's Memorial Auditorium.

So many shows, so much excellent music. New and rising bands such as Greta Van Fleet and Joyous Wolf. Old(er) favourites, including some wonderful shows from Five Finger Death Punch, Nothing More and Stone Sour. Rob Zombie getting high (it's a pun, check the photo, my most-shared image of 2017). Halestorm and In This Moment. New twists including Mike Patton's Dead Cross and Davey Havoc and Dreamcar.

For all the photos, go to http://www.alisontoon.com/-/galleries/music; the galleries are in date order, latest are at the top!

Musically, a wonderful year... a little short on shows since Aftershock, but I've been really really bust with plotting for the new year (info coming soon), and there's been a big gap in decent shows here in Sacramento, but that is all going to change next month. More on that in the next post, looking forwards to 2018... plus more (personal) news! See you at a show and/or festival or a hundred, next year!!!


Posted by Alison Toon Photographer at 9:49 AM No comments:

Have you left shopping until the very, very last minute? Or maybe you've already started planning for next year's vacation? You know you can buy next-year festival tickets, right now, right? Why not combine the two... a trip and a festival. It's a great opportunity to see another part of the world... see futher below for more distant opportunities.

Here are just a few ideas!

1) Several of the Danny Wimmer Presents festivals already have their dates and lineups announced, and tickets are on sale: Muse play their only North American festival date in 2018 at Carolina Rebellion. The May 4th, 5th and 6th lineup looks amazing! You can find tickets here.

Then there's Northern Invasion with another stellar list of performers: Tool and A Perfect Circle at the same event! Find more info for Northern Invasion here, including tickets and hotel deals. May 12th and 13th in Somerset, WI.

Louder Than Life will be in Louisville, KY, the weekend of September 29th and 30th, and earlybird tickets are already available. I was there this year and it's a huge amount of fun. Take an extra few days and explore the city, visit the Muhammed Ali Museum, discover more about boubon... oh and there's a boubon festival too.

Check Danny Wimmer Presents for other festival dates and tickets... there is much more to hear!

Closer to home in Sacramento, First Festival tickets are on sale too: the festival will be the weekend of May 5th and 6th, in Tanzanite Park, Sacramento. Lineup includes Blackalicious!

And if you really want to combine a music and a travel experience... go big and go to Europe! Here are a few ideas:

- Download (UK)
- Download (France)
- Rock am Ring
- and many, many more. In fact... here's an interactive map to all the metal/rock festivals in Europe. Find your bucket-list destination, plan your trip, and enjoy the music. Make today a gift to yourself... plan your festival year 2018!

Merry Christmas, Happy New Year, and enjoy whatever you are celebrating, eating and listening to!


Posted by Alison Toon Photographer at 8:29 AM No comments:

Of FFDP and Marillion. And why I say, listen to everything. Ignore labels. Listen to it all.


Over the past few weeks, two of my all-time-favourite bands, Marillion and Five Finger Death Punch, have released new albums. Both albums are somewhat "best of's". Marillion released The Gold, the best of convention 2017, a compilation of songs from the four weekend-long, three-day concert events which gathered fans from around the world, in The Netherlands, Poland, UK and Chile; a selection of songs that span the band's career to date. Five Finger Death Punch released A Decade of Destruction, a compilation of many of their best songs, plus two new titles: Trouble and Gone Away (Offspring cover).

Five Finger Death Punch, labelled metal and hard rock, grouped with all the heavy, angry metal bands. Marillion, labelled prog and too often grouped with bands such as Yes and Genesis. If you pick music by someone-elses' assignment to genre, you might never listen to both. Never make assumptions about your own musical tastes... ignore the labels. Listen to it all.

So why are such diverse bands both in my all-time favourite list? Let me count the ways...

- Both have wonderful vocalists. Each has an extreme; Ivan Moody's honey-monster growl, Steve Hogarth's sometime-falsetto. But for the most part, they are both heartwarming, gut-wrenching, incredible vocalists, both able to rise to anger and break to tears; both bringing an empathy that few vocalists are capable of.
- Both bands have loyal, for-life fans around the world, many of whom do not hesitate to travel long distances to see the bands perform live, time and time again.
- Both bands are a family of strong and creative musicians and unique characters who have found the way to work together, and build deep, strong, engaging music, year upon year
- Both are capable of bringing me to tears, of breaking me with joy, and of being my companion in times of trouble.
- And they both put on a hell of a live show. Again, and again, and again. So much so, that the moment the last one ends, you're starting to plan when you can attend the next.

Yes, the styles are different. Instead of judging by a genre label, I sometimes think of bands, of musicians, of performers, like shining comets zooming and hurtling through a dark universe. And at a point in that imaginary, universal, musical time, a special moment occurs; that moment at which we gasp, Listen! Oh! Amazing! I like that sound, too! the comet's musical paths intersect, and magic happens.

This is where it happens for me for Five Finger Death Punch and Marillion: see what you think. (These songs are not from the new albums!)

If you've only heard one of these bands before, listen to both of these songs... you might want to check out more. And if you're ready for more live shows, check out Marillion's dates here, and FFDP's tour here. This week, I wish I was in Europe. I do...

Both of these new albums, The Gold, and A Decade of Destruction, are a good introduction to each band's catalog of music. If you've just discovered a new band to listen to, it's a good place to begin.

Posted by Alison Toon Photographer at 6:43 PM No comments:

I realise, I haven't posted anything in far too long. Sometimes time is needed for a deep breath, a closing of eyes, a resting and a recharging and a rethinking about what happens next. Yes, there are changes afoot (and no, I haven't been shoe-shopping in Montreal again... not yet anyway, but I'm making a list and checking it twice)... yes, there will be news, very soon; yes, there will be more photos, many more...

But if you didn't notice the couple-of-weeks-or-more-off, here's a song for you ;-) (It's a treasure from Peter Hammill, check out all of his back catalog... it may take a while!)

Posted by Alison Toon Photographer at 9:17 AM No comments: