Live music is back!!! The Legends Festival, Cromer

The return of live music - after many, many months without it - is something to celebrate. My last festival was Aftershock 2019, last concert Insomnium in January 2020 and I know everyone has similar stories to tell. So this weekend's Legends Festival at Cromer Hall, Cromer, Norfolk was a delight. Well organized, lots of space, a natural festival setting with a gentle slope allowing everyone to see the stage. Everyone brought seats, picnic blankets, even tables laden with food for all the family. Some of the photos taken with the long zoom look like everyone was close together - not so, we sat, stood, and danced in groups with lots of room between. So happy for people to be together again, enjoying the music, and having loads of fun - that's really the point of festivals, right?

Birthday parties, hen parties, and general happiness. People of all ages from tiny kids suitably equipped with ear protectors right through to seniors rocking out to the music of Queen, the Beatles, and ABBA. The festival is all tribute bands; singalong, dance-along music.

Day one began with Cloneplay, a Coldplay tribute - one of those bands where, unless you're a major fan, you don't always remember all the many hits that they had, until you hear them again - at least, that's how it is for me. Of course! Yellow! and then of course! the next and the next and the next. 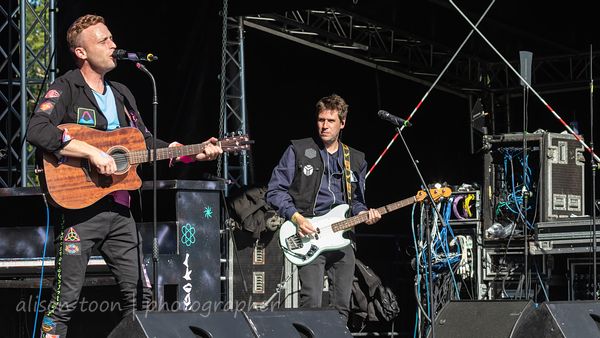 Then Wildboys were scheduled to play but had to drop out due to someone testing positive for Covid - that's going to happen these days - but the festival organizers brought in the Amazing 80's at short notice, and they really, really shone. Non-stop high energy hits from all of the 80s, from synthpop and new age to two-tone and hairbands. 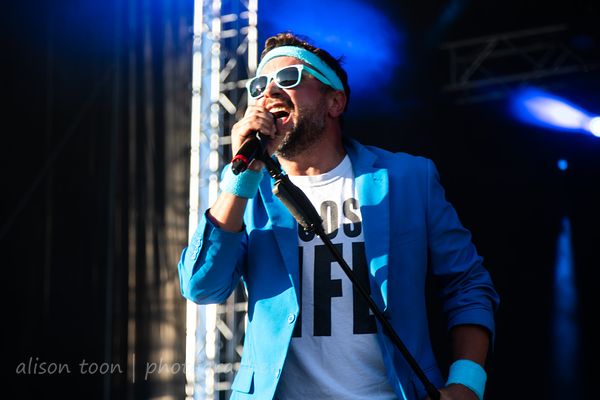 And the icing on the cake: UK Queen, with vocals and sound so very reminiscent of the real thing. Made me want to hear UK Queen and Queen Nation play a tribute show together. 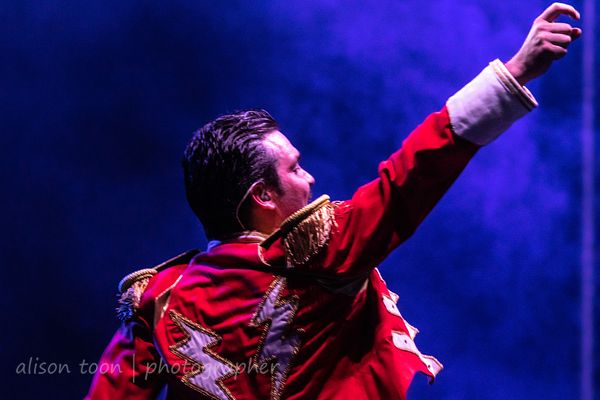 Day two kicked off with Jimmy Love as Elton John. He really looked like Elton while making the songs his own. 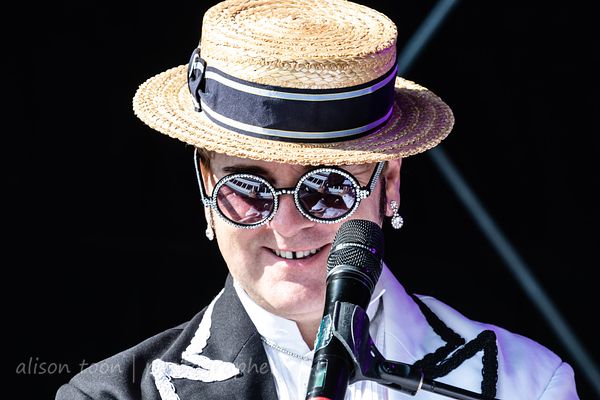 Next: The Upbeat Beatles - so very cool. Paul McCartney with those eyebrows and playing Hofner bass left-handed? Check. George looking occasionally morose but playing beautiful guitar? Yep! John over on stage left with his famous glasses and sound? Right! And Ringo rocking the drums? Of course! Complete with a video history of Beatlemania they took us through the days of the Beatles, from rock'n'roll in the Cavern, the Sergeant Pepper days, through to the band's breakup. I'd absolutely go see Upbeat Beatles again. 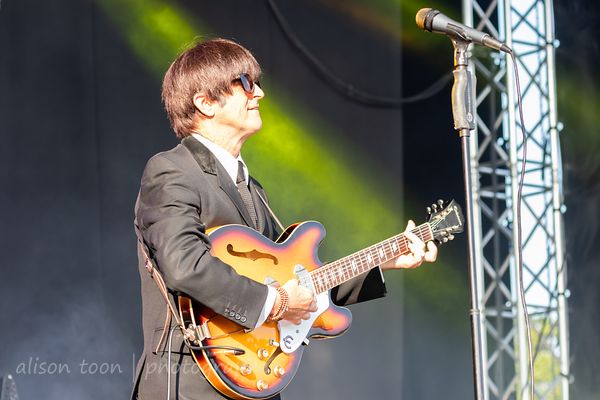 Final act of this year's festival: ABBA Mania. All the ABBA hits, all the moves, all the on-stage relationships between the band members. 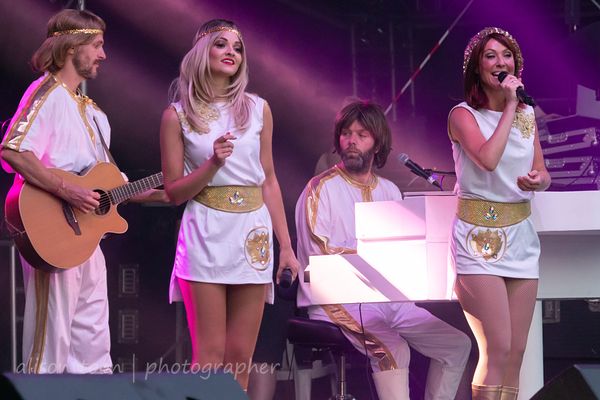 It was a very memorable weekend and I'm already looking forward to next year's. The grounds at Cromer Hall are such a natural place for all sorts of festivals - not just tribute bands - I wonder if we can persuade them to hold more. A local Danny Wimmer Presents festival would be a joy! Cromer has lots of holiday accomondation, there's local camping, and the access to parking was easy - at least with this past weekend's dry and sunny weather. We couldn't have ordered a better two days of sunshine - it was just right.

Live music is back, and it's so good. 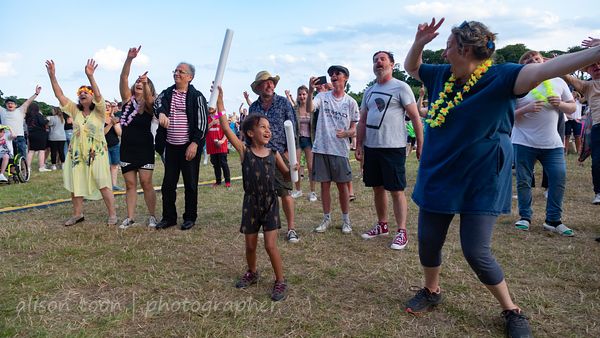 Posted by Alison Toon Photographer at 12:40 AM No comments: