Queen Nation, best tribute band ever! (Yes, I say that every year). 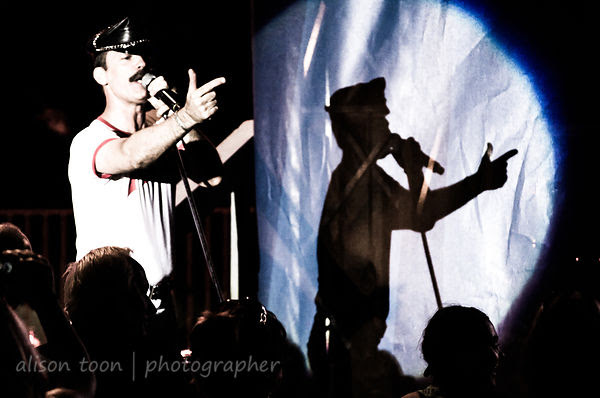 Three years running, I've seen Queen Nation at the California State Fair. Last night, I didn't take the cameras. Wanted to just enjoy the show... and was it fun? Of course!

Thirty years ago this week, Queen rocked Live Aid. This week, Queen Nation took the State Fair by storm. Huge crowd, lots of singing along, great music. And people on their feet!!! (See note below.)

What makes ths tribute band so special? Great songs, the bands ability to step into the originals' personas, wonderful voices, fantastic energy, an obvious love of the original band,  fans who know and love the music, ... and Brian May's hair.

We're still dancing this morning. Roll on next year's show!

(I still don't understand 'Merica's tendancy to Sit Down At Rock Concerts. Do you really think that anyone in the UK sat down when Freddie was singing??? Um... nope. Not once, not ever. You stand up, you dance, you sing along... America, sometimes I think you are very, very weird. So OK, last night you got it... eventually. You're catching on, at last!)