Elizabeth Somerville's house. Her own property. In 1836.

In 1836, very few women owned property, or land, or built their own homes. No matter how rich, or where in the world they lived, nor how "advanced" their civilization, nor how liberal their culture. 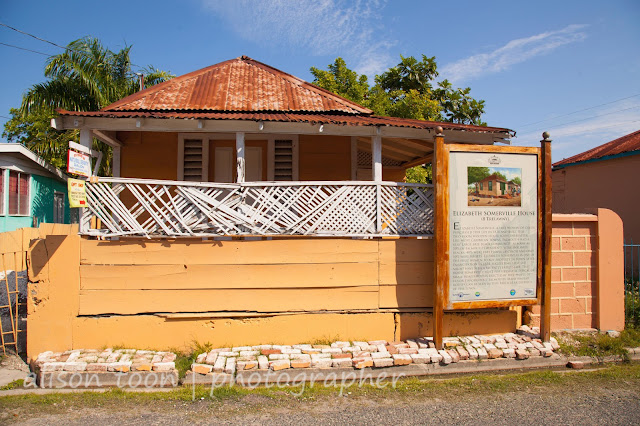 Prior to emancipation, Falmouth did have both free, and enslaved, people "of colour": only ten percent of the population was white. But the timing of her purchase suggests that she was a recently-freed slave. What a step: to go from slavery to property owner. There were very few women, of any creed or colour, who owned their own property or home, anywhere in the world. I hope she had many years of happiness in this, her home.

(While single women could own freehold property in Victorian England, they lost all rights to their own property once they married. They were less likely to inherit real estate than their brothers. They were not considered "autonomous persons" until the 20th century. Falmouth, Jamaica, also had it's own municipal water system, developed from 1799, earlier than that of New York.)

For more information about the history and restoration of Falmouth, see http://www.falmouthjamaica.org/Home.html

Thank you to Duran for taking us to the house!