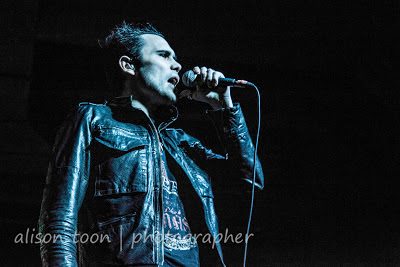 Now that the photo-editing has been done, and -- at last -- the nasty cold that attacked on Sunday seems to be clearing up and freeing some space in my brain for thinking, instead of coughing and sneezing, I'll write a bit more about the Trapt show on Saturday night at Sacramento's Ace of Spades. (Which is a really good place to go for live music: it's "all ages", so you can take the youngsters, they serve food if you're hungry, and if you need booze to enjoy an evening, there is a bar, but there's also free water easily available if you're just thirsty. Depending on the show, it can get hot in there, and water is very welcome.)

I went to see Trapt without a huge amount of listening to their music. Of course, I knew Headstrong, but they've not been a band I'd studied. And it's a while since Headstrong was a hit. 2002? 2003?Something like that. But... I wanted to see them when they came to town.

And they were good. Very good.

Part-way through, a thought crept in... If Walton Goggins was a singer, he'd be Chris Taylor Brown. There's a distinct resemblance. And before you think and spit, that's a weird analogy; just realize that I think Mr. Goggins is on his way to becoming the best actor of this generation. I want to see him play Shakespeare and Brecht. So yes, Chris Taylor Brown reminded me... there's some sort of subconcious link in my head somewhere. Funny how the mind makes those connections, and builds a bigger picture. Life is one big network of hopes and dreams and art and magic. Nothing is seen, heard, or remembered, in isolation. 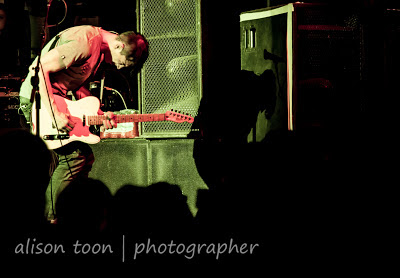 I swear that concerts are louder than they were ten or twenty years ago. Or maybe it's too many up-and-down international flights playing havoc with the eardrums. Or maybe just that darn aging process... earplugs have become a necessity, especially when in the pit, shooting photos, next to the speakers and monitors. Sometimes, they have the effect of making the music just a softened loud noise. But not this time. Loved the show; it's a pleasure to experience talented and professional musicians in action. And an extra bonus when you're realising that heck, you really like the music.

(And I have the distinct impression that they are really nice people, too.) 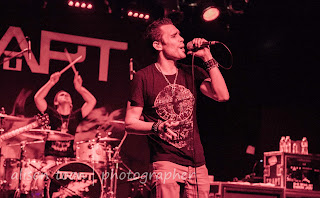 Trapt have released a new EP: two tracks, "Bring It" and "Love-Hate Relationship". You can buy it on iTunes or through their website. While "Love-Hate Relationship" is probably the more commercial of the two, and it's excellent, it's "Bring It" that I've had on repeat for the past couple of days... insistent, driving, with guitar and bass riffs that get their hooks in and won't let go. Awesome. Bring it!

Posted by Alison Toon Photographer at 6:41 PM No comments:

Trapt: Ace of Spades, Sacramento, 24th Nov 2012, a set on Flickr.
Main act of the night at the Ace of Spades on Saturday, November 24th: Trapt. I'd been concerned about low-lighting all evening (with reason); together with mobile and expressive performers, it makes for not-picture-perfect conditions. They're a little gritty... like the music. I think they work.

You know what I like in a band: they've got to be musicians, they have to enjoy what they're doing (it shows), they have to be musically-adventurous, great guitar, strong bass, athletic drumming and oh yes, don't forget the great vocalist with expressive stage presence. Trapt have all this in buckets. Go see them.

For more information on the band, see www.trapt.com/
For Ace of Spades, see http//aceofspadessac.com

All rights reserved
Posted by Alison Toon Photographer at 7:53 PM No comments:

Turkeys, a set on Flickr.
In November, the local turkey population appears around sunset, en masse, and the males are starting to put on their show. The colours and the shape of their faces, change in moments.

There are a couple of almost-white turkeys, one a hen who raises many chicks each year. This year, eight of the nine survived, at least until they were old enough to mingle with the rest of the crowd and not follow mother around.

While they often fall prey to the local coyotes, and the number seems to dwindle, all of a sudden there are forty or more, beeping and gobbling and strutting and running and hopping up into trees where they roost for the night. There is always one with a limp, dragging its foot, but she always manages to keep up.
Posted by Alison Toon Photographer at 5:53 PM No comments: