Here are all the Toon's Tunes photos from the Marillion shows at the Port Zelande weekend 2015:

There is a sub-gallery for each evening's concert. This is also where (very soon) you'll find more from the weekend, including a load of Marillion's worldwide family.

Feel free to share via social media using the Share function--that way, there is a link back to the band, whose music is a true inspiration. The Share buttons are at the bottom of each page. (If by any chance you use a Lightbox, don't forget to register with an email address, otherwise you won't find it again!)

Thank you for respecting copyright!
Posted by Alison Toon Photographer at 7:08 PM No comments:

A week ago today, I was in The Netherlands, enjoying, very much, the third day of the Port Zekabde (PZ) Marillion Weekend. It's a weekend like no other: three incredible shows by the band, full albums and much more; stunning light and video shows, and the best fans in the world. Center Parcs becomes a Marillion world... people from 52 countries, so many languages heard and spoken, and all understood through the magic of the music.


It's taken me every single spare waking moment this week to sort and edit the you-don't-want-to-know-how-many-photos from the weekend. (Work, putting the house on the market, and failing badly to catch up with sleep took  the rest of the time.) I'm still in awe, each time Marillion grants me access to photo them... thank you, guys!!!  I love their music. Anyone who is reading this, and hasn't yet heard Marillion, I hope you find the inspiration to do so now.

The Marillion weekends, or conventions, happen every couple of years. This year, the first was in The Netherlands, the next in Wolverhampton in the UK, and the final of the three is in Montreal, Canada. Port Zeeland is unique, in that it's at Center Parcs and we live as a large vacation family in lovely seaside cottages a few minutes walk from the beach; the other weekends are very special too, and there are fans who travel the world to be at all three. Once you've seen Marillion live, you know why.

The Invisible Man, from Marbles, deserves a review all of its own. So you'll get one, here, soon.

Today I'm sharing just a few photos: keep an eye out on Marillion.com for more, on Facebook and here, too.

Will I see you in Wolves and/or in Montreal? Say hello!!! If you don't have your ticket yet, I think there may be one or two left. Not many. Hurry up! (And when you're there, look out for the photo book!!!)

Posted by Alison Toon Photographer at 9:13 AM No comments: 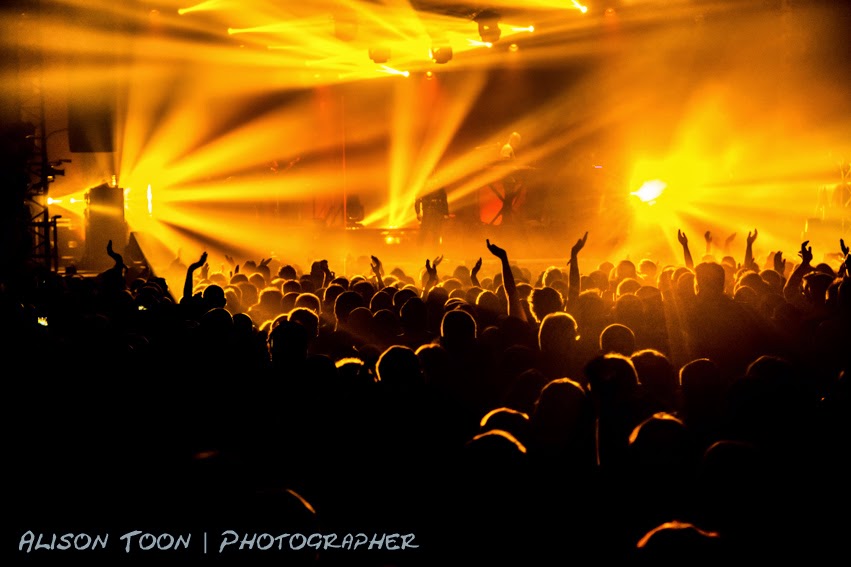 It was a wonderful, wonderful, weekend. I will be sharing stories and photos. For now, hop on over to Toon's Tunes Facebook page, to Marillion's Facebook page, and to the Marillion website tour page to find out if you can still get a ticket for the Wolverhampton, UK, or the Montreal, Canada weekend.

You don't want to miss this!

(And... if you still don't know why I rave about Marillion, check out the Crash Course, free music, free intro, then go buy more because you will want to!)
Posted by Alison Toon Photographer at 8:11 AM No comments:

Photos: All That Remains, from their 1st March show at the Ace of Spades, Sacramento

These are photos from All That Remains show, supporting In Flames, at the Ace of Spades, Sacramento, on 1st March. Sorry they took a while--it took a while, because I felt I would write a very biased review, and it didn't feel fair.... So I left it... and thought about it, and thought a little more... and came right back to where I started. So.. it is what it is.

I was a little disappointed by my reaction to this band. Not by the show--they put on a good performance--but my own reaction. I'd expected to really like them. I expected "What If I Was Nothing?" to be a powerful, tear-jerker moment in the show: it wasn't, it was sorta flat and unemotional. I expected to like the growly-angry songs less, but I didn't: I liked them more than the ones with "clean" vocals. But most of all, I expected to hear them for what they are, and I didn't... I just kept wishing I was seeing, and listening to, Five Finger Death Punch instead. Because there are similarities. No imitation, just similarities... And one pulls my heart strings. It wasn't All That Remains.

So... I was a little disappointed. Not what I expected. Sorry, guys.

So this is an unfair, biaised review. No apologies... we like what we like. No doubt, All That Remains could headline their own tour, and bring on the big encores. On this night, they very ably supported In Flames, and the room was full of All That Remains fans. And if I wasn't so head-over-heels with 5FDP, then maybe I'd be a fan, too. But...

Click on one of these photos to go to the full Toon's Tunes  All That Remains gallery, or this link works too: http://www.alisontoon.com/-/galleries/music/all-that-remains
Posted by Alison Toon Photographer at 10:09 PM No comments:

Rag'N'Bone Man does it again: Hard Came The Rain

The more I hear from this guy, the more I want to hear. Take a listen. He grows on you... Hopefully one day I'll get to see him live. Tour dates in the UK are selling out, fast.

Posted by Alison Toon Photographer at 3:38 PM No comments:

Waiting for Aftershock... not Godot. Please, not Godot.

It's Thursday 12th, and tomorrow is, logically, Friday the 13th. So why is there no major band called Friday the 13th? Think of all the shares on social media tomorrow! Just because the band's name is... Friday the 13th!

And what's so special about it being somewhere-in-the-teens-in-March? Well... I'm thinking, it's about time the dates for this year's Aftershock festival are released. We knew the weekend by this time last year... patiently, (im)patiently waiting for this year's dates!

So waiting, and wondering about Friday The 13th, and band names, and dates, and of course the mind wanders to, "Who do you think will be in the lineup for Aftershock?" So here's my wishlist, in alphabetical and not priority order, and knowing that one or two may be impossible, and one or two might not fit your list, and at least one is not metal at all (but heck, neither were most of the Saturday bands last year), and one that I'm going to see six times in the next few weeks so I mustn't be greedy... Feel free to add your wishlist to the comments!

Beryl isn't such a popular name any more, but when I was a kid in England, it seemed that every other one of my mum's friends, or my friend's mothers, were called Beryl. And of course, there was Beryl the Peril, who we all secretly wanted to be. (And sometimes were. We can admit it now.)

Anyway... here's Mark Knopfler's Beryl. Available now on iTunes etc. You know it's Mr K from the first notes... and it's reminiscent of the earliest Dire Straits.


The complete new album, Tracker, will be released in the USA on March 17th.  And check out the tour dates. I see a visit to Berkeley in my future...

Now I have to go listen to Sultans of Swing. It makes me happy.
Posted by Alison Toon Photographer at 1:06 PM No comments:

One of the most lighthearted songs from Hozier's first album, Someone New now has a video, starring actress Natalie Dormer as well as the man himself.


If you missed it, here's the review of Hozier's Sacramento show at the Ace of Spades.
Posted by Alison Toon Photographer at 2:24 PM No comments:

In Flames, burning up the Ace of Spades

This is one of the shows where I say, "I wish".

I wish I'd heard more of In Flames, sooner. I wish I'd had the opportunity to see them live, before. But you know what? It made this show all the more enjoyable. And a few more In Flames albums have been added to my collection since Sunday.

In Flames have been around for a while, key members of the Gothenburg "melodic" death/black/metal movement, with recent albums leaning more to the melodic, but still with a load of growling, Check out the latest album, Siren Charms. At times, they sound like Bring Me The Horizon. No wait: BMTH, at times, sound an awful lot like In Flames!

And it was blatantly obvious: these guys enjoy what they do, and the fans love them back.

Great show, and I wish/hope to see them again soon. Maybe at Aftershock? Put them on my wish list for September, please!

The tour continues--catch them where you can! Details on In Flames' tour page. And more photos from the Sacramento show in the Toon's Tunes In Flames gallery.
Posted by Alison Toon Photographer at 9:47 AM No comments: