Social Distortion filled the house late last week, at Sacramento's Ace of Spades. For a full photo gallery, click on the photo above, or on this link.

Fronted by original member Mike Ness, harking back to the original days of punk -- they formed in 1978 -- Social Distortion has long been a mainstay of punk in the USA, but with a clear rockabilly influence to their music making them unique.

More dates to come in the tour--several are, like the Sacramento show, sold out--catch your tickets while you can!

While the band put forward their best, I can't say that much the audience did the same; it was a sweltering mess of puffed-up testosterone, not with the political activism that I know and love from British punk fans, but with beer and self-righteousness, and all crowded as close as possible to the front of the venue, blocking the view of smaller and more female members of the audience (there weren't many). Sacramento, dudes, that was just rude.

Posted by Alison Toon Photographer at 3:52 PM No comments:

This is dope... no, seriously, this is DOPE! Plus Andy LaPlegua of Combichrist!

Consider it a sampler from the upcoming album, Blood Money Part 2 (no, I don't have a release date)... and also a commentary on today's world. No explanation needed... but you might not want to watch this at work, or where Great Aunt Susan is watching ;-) Don't like politicians? You'll love this ;-)


For more information--and for the current tour dates where Dope and Combichrist are co-headliners--see Dope's Facebook page!

Posted by Alison Toon Photographer at 9:19 AM No comments:

Watch out for this: Burn the Ships, from Blacktop Mojo 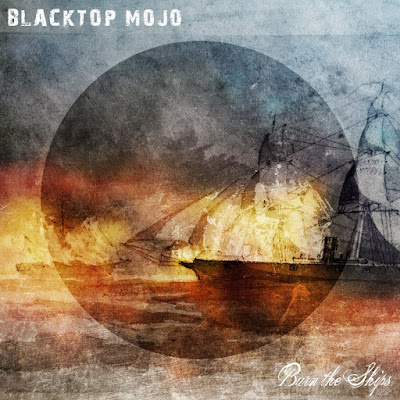 I've been a little busy, a tad distracted, the past few weeks: publishing a series of books for children, plus my first novel (if you missed the launch, click here for the website, and here for the press kit.) There have, no doubt, been a few major launches that have missed my ears, and one or two concerts that yes, I should have covered but didn't.

But I want to make sure that nobody misses this one: to be released on 10th March, it's a new, full-length album from Blacktop Mojo titled "Burn The Ships" (they self-released their first album, "I Am", in 2014). A mix of hard rock, melodic metal rhythms/bass/guitar, bluesy-rock and some beautiful acoustic work, I know this album is going to be on repeat in my house for a very long time. It's seriously, seriously good.

The album has the kind of artwork that would have me picking it up off the shelf in a record store, even if I'd never heard them before. Sometimes an album cover will still do that.

Check out a video of them performing recently on Good Morning Texas. They also recently won a competition to open for Bon Jovi, before a huge crowd in Dallas at American Airlines Center.

Here's an example: yes, it's a cover, but it's a really good cover (and here's another one): and then wait, impatiently, to get your ears on a copy of Burn The Ships on March 10th (click that link for a pre-order).


Blacktop Mojo come from Palestine, Texas, and are vocalist Matt James, drummer Nathan Gillis, lead guitarist Ryan Kiefer, guitar player Kenneth Irwin, and bassist Matt Curtis. To find out more, check Blacktop Mojo's website and Facebook,.. plus several videos on YouTube, and when the album is released, listen to it, end to end, several times. You might find it on repeat in your house, too.
Posted by Alison Toon Photographer at 5:02 PM No comments: