Marillion, first night of the tour, at the Regency Ballroom, San Francisco 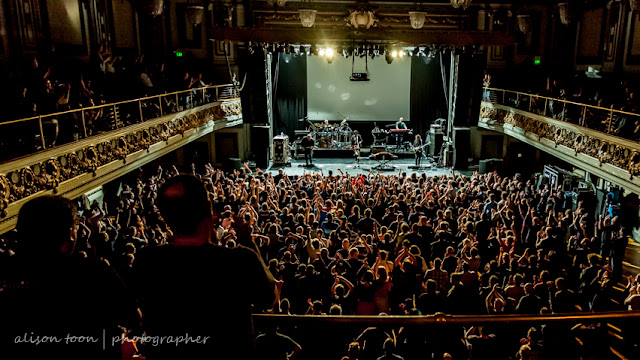 Many USA and Canada Marillion fans have expressed a desire NOT to see the setlist for shows earlier in the tour, and while I really don't think it's possible to keep secret, I'm going to keep mum... and let the photos speak for themselves,

But yes, they played songs from the new album, F.E.A.R. And much more, too.

The tour continues through until election day, which I'll be celebrating (I hope), or planning my escape, with the band's final concert of this tour in Times Square, New York.