(Rehearsal for my holiday, or vacation if you'd rather, that is.)  (Did I mention that I'm going to Jamaica???) 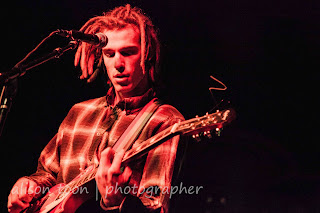 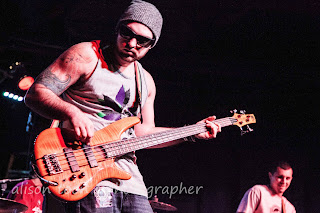 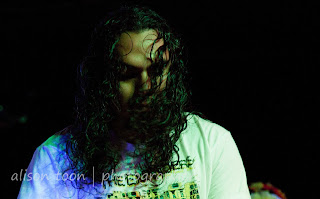 Since the show on Saturday night, I've had a horrid cold (fighting with vitamins, zinc, honey, tea, and Hall's MenthoLyptus) and a heck of a lot of stuff to do, so sorry for the delay.

We were treated to very soothing, gentle, surfer-dude reggae on Saturday night. Stick Figure in particular: the music seemed to flow with gentle ocean waves.

Why has reggae in California become synonymous with surfers? In England, back in the day, it wasn't just us old hippies but also skinheads who loved reggae. And the Saturday-night crowd at the Ace of Spades really did reflect the diversity of reggae fans; young kids, guys arguing about whether-or-not it was OK to smoke dope indoors, guys with dreads and a sprinkling of middle-aged hard boys.

It's not quite the same as Trojan reggae though, or nor Marley.

I'm off to find some of that.

Did I mention that I'm going to Jamaica????