I was introduced to Weird Al's music not long after moving to the USA, by a young friend--there's something in Weird Al's sense-of-humour that appeals to the pre-teen and adolescent boy, (no matter how grown-up that boy becomes over the years), and to be honest it's not just guys who find him funny, there were lots of women in the audience last night, I was cracking up too, and at one point I swear I saw a giant chicken a few rows back too... who can resist such naughty humour? 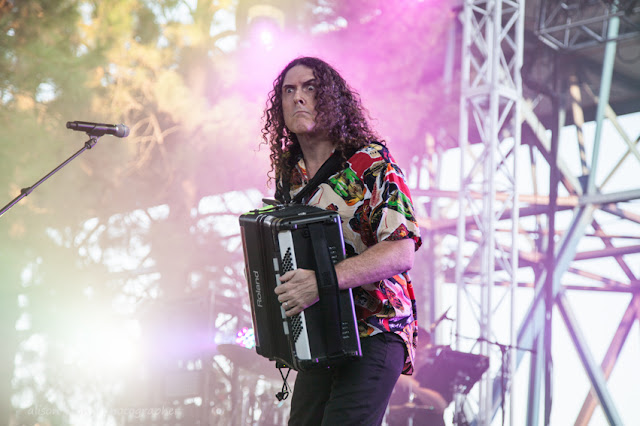 It's said that you know you've made it big when Weird Al parodies your music: Michael Jackson, Madonna, Nirvana, Eminem... And he does it so well that sometimes you find yourself singing Weird Al's lyrics along to the real thing. 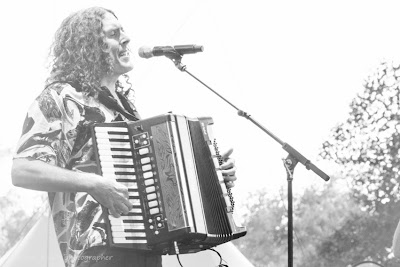 The show last night at the California State Fair was a mix of live performance and big-screen videos: Eminem being interviewed by Weird Al (you know what I'm saying), some five-second movies, etc. The audience was packed. Weird Al Yankovic has become something of a ritual for State Fair attendees: he's performed here many times in recent years, and always to a full crowd, with people coming from way out in the valley, and further, to see him. 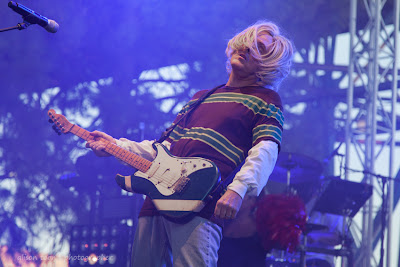 He's hilarious. He can see the part of a song, or a persona, and create lyrics that fit the poking-fun-finger like a glove. It's not offensive humour, it's OMG-why-didn't-I-hear-that-myself? fun. Most of the artists he parodies accept it in good grace. Heck, he's funny, and if you can't laugh at yourself, who can you laugh at? 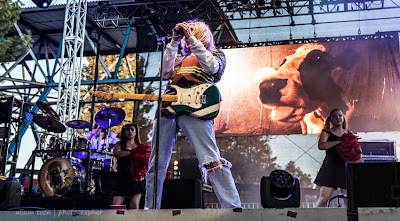 And this is really cool... the shows at the Golden One stage at the State Fair have a wonderful lady sign-language interpreter. I noticed her on Friday, at the Night Ranger show, but didn't realise that she was not only interpreting the announcers prior to the show, but also the lyrics from the songs as they were performed? I have never, ever, seen that done before. She was the star of the show for me. The announcer played jokes, making her sign how much she liked him. Weird Al crept up behind her. And throughout all the tricks and the tricky lyrics, she kept her cool and interpreted the words for those who understand sign language. (And it's a wonderfully animated language--it's not just hand signals, but the whole person, physical gestures and facial expressions, that convey what is being said. Or in this case, what is being sung. Wonderful job!) 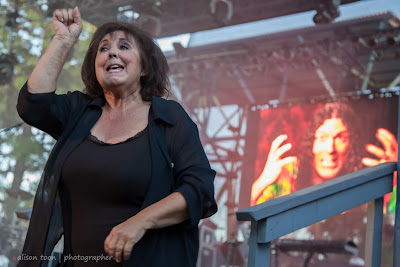 More pictures of the concert: http://www.alisontoon.com/weirdal
Posted by Alison Toon Photographer at 11:37 AM