What a lot of happenings in five days

Wednesday was definitely NOT a fun day. A necessary day, but really not fun. Several hours of "quality time" with my dentist. Though he is no doubt a nice guy, there are people who I would much rather spend time with, especially on a day off work. Oh well. I'd saved up the money and have done what was needed. And they had Judge Judy playing on the TV on the ceiling while I waited for the temporary crowns to be prepared. Ouch. 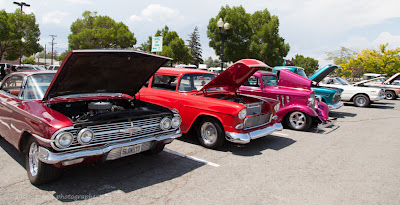 Thursday, 4th July, on the bus and up to Sparks, Nevada, for the Gemini Syndrome show. Brilliant! Found the Sparks independence day festivities going full throttle: beautiful classic cars, fairground rides, fun food  (I managed to eat a basketful of curly fries, see paragraph above for why this was an achievement). 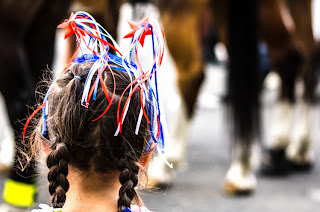 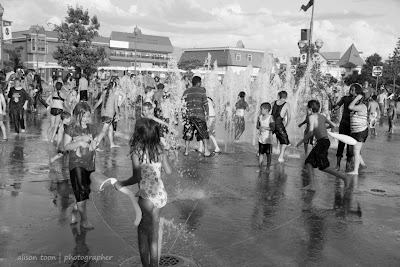 In Victorian Square, in front of the cinema, there is a large paved area full of fountains and jets of water, full of kids and parents and dogs-on-leashes and even a man with a cockatoo on his shoulder... all cooling off in the heat of the desert summer. 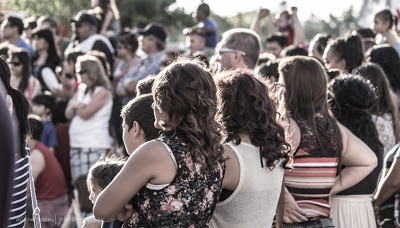 As the evening arrived, so did more people. A marching band. A rock band, playing covers of hits from the past few decades. Families and groups of friends. Mounted policement, on horses so calm that they were like statues as children stroked their horse-knees. One was wearing over-shoes and reflective horse-bracelets. 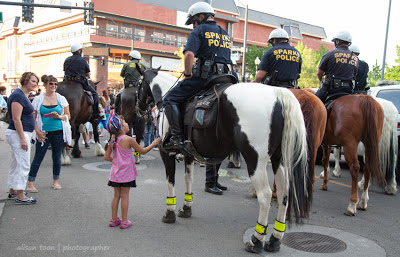 And this young man asked to have his photo taken for my website, and his Mom said it was OK. So here he is: 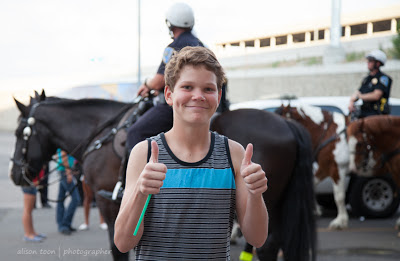 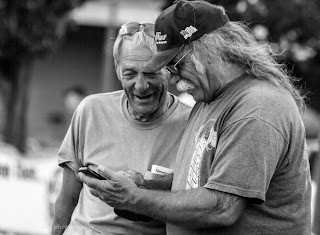 And then the fireworks, from the Nugget Casino and hotel. A beautiful, huge display. Lots of "oooh's" and "ahhh's" from the people watching. 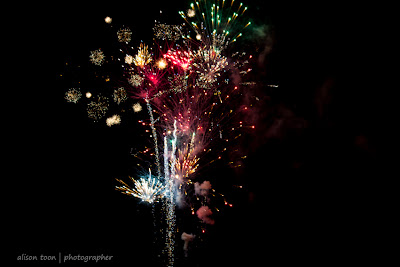 Gemini Syndrome's show, after the fireworks, at The Alley. Many happy faces and brand-new new fans. 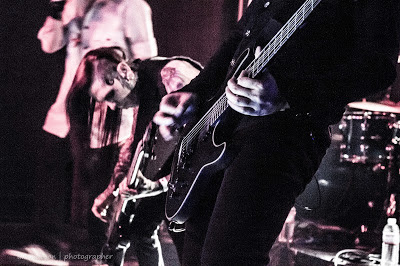 Friday morning, I tried to rearrange my Megabus ticket to leave from Sparks, instead of from Reno, but found out that "you have to board at the stop which your reservation is for". You can't change it later than 24 hours prior to departure. There's a bus stand right by the Nugget hotel, so I paid $2 and took the scenic route through Sparks and Reno to the main bus depot, near the Silver Legacy casino. And walked down the street to find a streetful of chicken wing vendors (including one that said "boar's wings"). It was a three-day wing competition: you sample the wings, and vote for the best. If I wasn't still on a vegetarian kick, it would have been interesting. Smelled wonderful!

Wandered through the casinos, saw a group of happy guys cheering at the throw of dice; blank-faced people  pressing buttons on digitized slot machines; paused by a baccarat table, couldn't make head or tail of what was going on. Then went and spent a happy hour sitting at the bus stop, reading a book, listening to Bob Marley (best of), Josh Groban (Brave, just the one song, more than once), Gemini Syndrome, Marillion.

Fell into a snooze on the bus; sitting upstairs, window-seat, watching the scenery go by, dozing... to be roused by the strong smell of smoke, just as we passed Auburn. Not a forest fire but some twerp (or couple of twerps) who thought it was OK to smoke cigarettes and skunks and to light candles on the bus. Not a little cigarette smoke, but the smell of something on fire, and then the sound of yelling pushing through the music of the iPod. It was a bit like being in a Tarantino movie from that point on down to Old Sac, but without the blood-and-gore. It did, however, involve lots of bad language worthy of  Samuel L on a bad day, a birthday cake tossed down the stairs, and the cops waiting as we disembarked in Sacramento. (Not only do you get a comfy seat on the bus, there's entertainment too!) I can only hope that the right people ended up in trouble.

And then more excitement last night, Fleetwood Mac in Sacramento.

So today? Today was a bit like a loose end with nothing to tie it to. I watered the squash plants. Scowled at the blanket of weeds. Half-heartedly whacked a few and ripped a few out, before scuttling away and hiding from the sun, indoors. Felt listless, stupid, a little unwell, overheated. Probably the aftermath of a lot of (novocaine? lignocaine? whatever dentists use). Drank lots of water to wash away the dregs. Went to dinner with Dylan at Namaste: good rice and mataar paneer and aloo gobi. Came home, vacuumed and dusted and cleaned bedroom and bathroom. Cup of tea. Sunday feels better now.

Good days off. Back to the real world tomorrow.