Otherwise: Aftershock 2014, and what an album launch party!

So I started editing photos for several of the other performers from Aftershock 2014, but was drawn back to Otherwise, who once again put on a stellar show at Aftershock. And not only the show--it was also the launch day for their new album, Peace At All Costs, which is available from all your usual music stores.

There are some beautiful songs on this album. Just Walk Away is my current favourite, but I haven't listened to it enough, yet. (Expect an album review here soon.)

The incredibly-expressive Adrian Patrick sure knows how to hold an audience.

Otherwise were on stage pretty early in a star-studded Sunday. One day soon, we'll see them much closer to the head of the bill.

Great show, Otherwise, loved the show! People were asking, why have I not heard of Otherwise until now? Well people, now you have. And now you know why you should. And why I told you to be there early. Aren't you glad you made it? 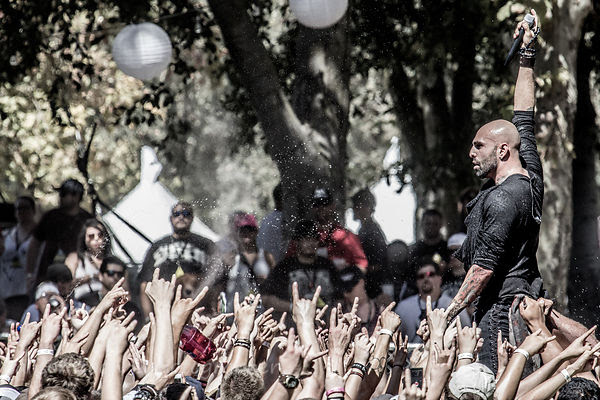 Many more photos from Otherwise's Aftershock show  in the photo gallery.

(You might also want to see: Otherwise at Aftershock 2013.)