Buckcherry at Aftershock... with a little help from Skid Row!


These guys always put on a great show: heavy rock with a little glam, even if the glam is only in the form of Josh Todd's pants, it's there! Once again, Buckcherry drew the Aftershock 2014 lineup straw of playing into the full blaze of the afternoon, over-100 F sun. And still they raised the temperature higher. 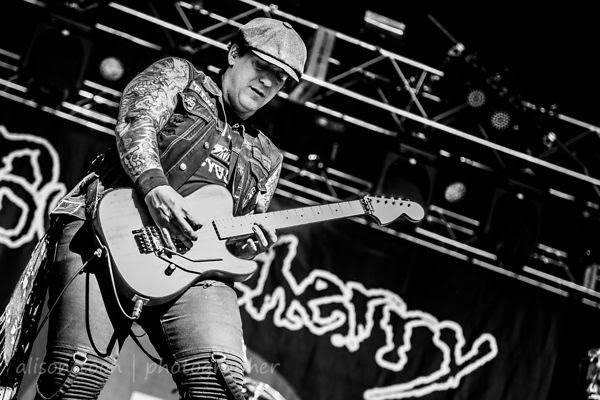 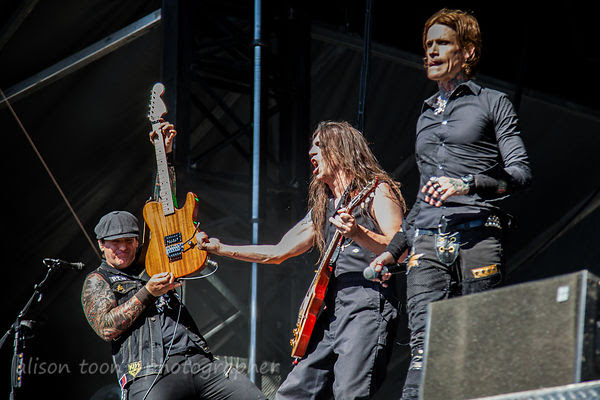 This time, Buckcherry were joined by Scotti Hill of Skid Row.

(If you haven't done so yet, order Buckcherry's new album: cracked me up to receive emails from Amazon.com telling me that my copy of F**k had been shipped... and yes, they spell it out. Funny what amuses.)

Another band with a drummer who made this photographer happy!

There's a full set of Toon's Tunes photos by Alison Toon from Buckcherry's Aftershock 2014 set in the photo gallery.

And here's the review and photos from Buckcherry at Aftershock 2013, in case you missed them last year.
Posted by Alison Toon Photographer at 10:18 AM