Are you missing Aftershock this weekend? Here's a reminder: Limp Bizkit!

Perhaps the most popular band of the Saturday of Aftershock 2014, Limp Bizkit played the Western Stage, and the crowd went wild. Literally.

I never understood the stories of women throwing their underwear back-in-the-day at Tom Jones, and I really don't understand why anyone wanted to throw their blue lace knickers at Fred Durst, but it takes all sorts... (and I won't mention the almost-naked guy who was on stage at the beginning of the show, 'cos that was just plain weird). And why was Wes Borland all in black?

Just stand back and watch the show...

Full set of Toon's Tunes photos from Limb Bizkit's show at Aftershock 2014 are in the photo gallery.

Limp Bizkit are continuing to tour for the next couple of months--check out tour dates on their website. 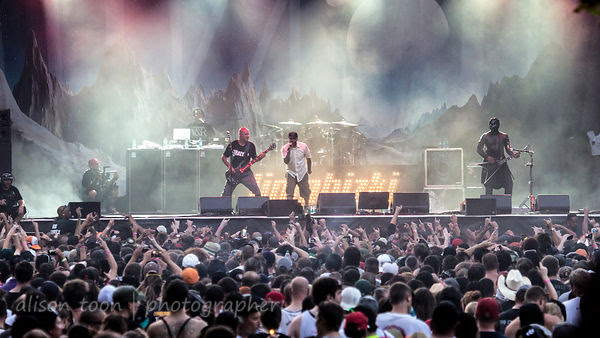