Another night, another show. Same venue as Thursday: the Outdoor Pavilion at the Sunrise Marketplace. Another show in the Sunrise at Night concert series for 2013... and suddenly, there are only a few left. It's like summer is coming to an end. Though we all know, it's always summer in California. 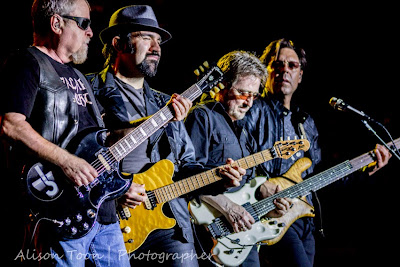 And this was a trip back in time, and into the present, and into the future. Two big rock bands, both of whom have influenced younger rockers--and both of whom are still touring and still making heavy, loud, and simply wonderful rock music.

I was a little surprised to see that Blue Öyster Cult were the opening band, and not the other way round, but that's only because we heard more of BoC in England that Bachman Turner (Overdrive), though both made it big, with major hits, and both are well known across the pond. So what does playing order matter, when we have the whole evening to enjoy the music, and why was I even thinking about it? 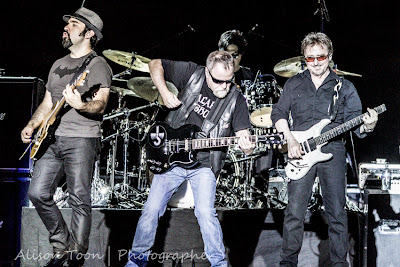 The audience was not Thursday's audience. No sir! And neither are they fond of disco! No sir! I'm saying that, going by the reaction to the announcement of next Friday's show, "Friday Night Fever", all disco kings and queens taking the stage and no doubt people dressing in their spandex and Travolta-esk onesies... can't wait to see that! And I'm betting at least a few of the BoC crowd will be there too, disguised. (I'll let you know.)

This was my kind of music. 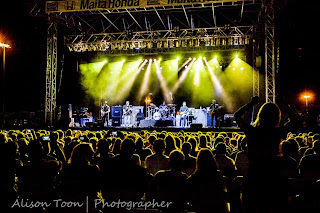 Both bands seemed to take their opening song as a warm-up before really getting started. Both also had to race around the stage, chasing the spotlight, rather than the spotlight picking up the guy who was playing/singing. That was interesting. Though the stage light show was really cool...

Blue Öyster Cult were so blatantly happy on stage. I love happy bands. They looked like they truly enjoyed each others company, enjoyed being on stage, enjoyed being on the road. It's something tangible and the audience reacts: on sale were T-shirts saying, "Blue Öyster Cult: on the road forever!"  And of course, when they played "Don't Fear the Reaper", no-one would let them go. Standing ovation! They had to do an encore. Before the break. That was a first! 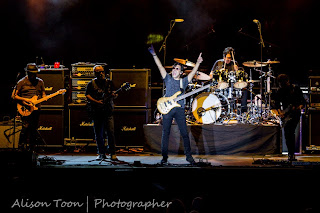 (It made me happy to hear New York, Staten Island, Long Island accents. I need to nip back to Mastic Beach one of these days, to say hi! to my friends over there. Not that I'm missing the winters or the floods any. But it was and always will be a beautiful place to me.) 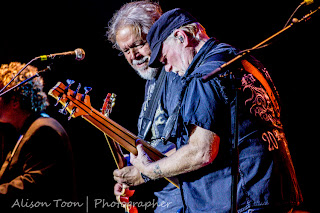 Bachman and Turner continued the rocking late into the evening: big hits and more.  Reminded me of school and college and hanging-out in the youth centre at Wreake Valley in Syston. You ain't seen nothing yet, bbbbbaby....  reminds me all the way.

And that six-string bass? Huge! Huge sound and how do you stretch your hand and fingers to span it? 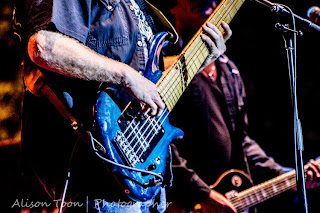 Both bands made up of guys who play their instruments like they know it's an art... and yet it's fun, it's heavy, and it holds up so much of the heavy metal and rock genres of today.

I wanted to go hang out with them all and listen to their life stories. I think they have a few to tell. 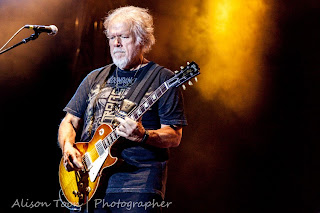