A lot can happen in a year. Gemini Syndrome have been signed by Warner Bros. They've toured the country (but only this week back to Sacramento: closest was Sparks, NV, on 4th July). And immediately after Aftershock, they left to tour with Five Finger Death Punch on "The Wrong Side of Heaven". 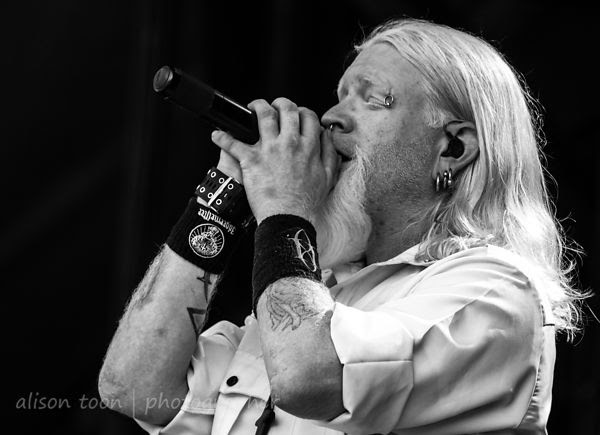 There's so much that is right about Gemini Syndrome. The music is a brutal mix of beautiful melodies and top-notch metal, driven by all that is right with rock music. The live show is energetic, visual, engaging. They have the happiest drummer on the planet. The artwork on their website, on the album packaging and the set of cards, one for each track, that came with the deluxe album, is just stunning. They are building a strong, core set of fans each time they perform. Synners. Family. 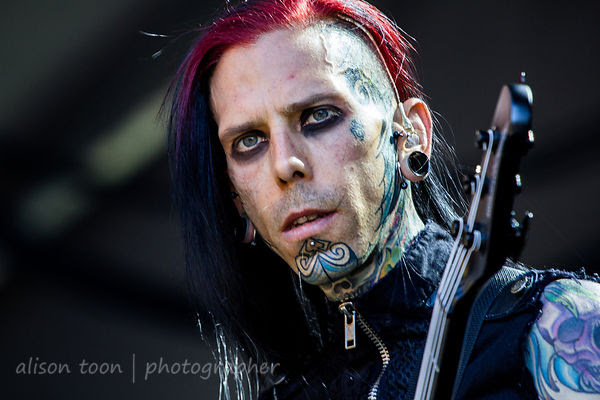 "LUX", Gemini Syndrome's first album, was released on September 10th. While a couple of the songs were released earlier and on video (Basement, Pleasure and Pain), LUX shows clearly that Gemini Syndrome are here. To stay.


And yes, I do declare he's the happiest drummer on the planet. There's a twinkle in his eye as he drives the beat like an oncoming locomotive. AP's life is written all over him, in twenty years of multicoloured ink, and it comes out through the ocean-deep bass. Makes my day to see him smile. Rich and Mike's balanced guitar rocks out there; Mike has the deep voice, Rich sparks energy: Aaron's lead vocals range from raw metal scream and growl to sensitive, soulful.

Understand something: this is not my "safe" music. Safe is old-fashioned rock (wait for my Avenged Sevenfold review; Buckcherry too). Safe is progressive (prog) rock. Safe is reggae. 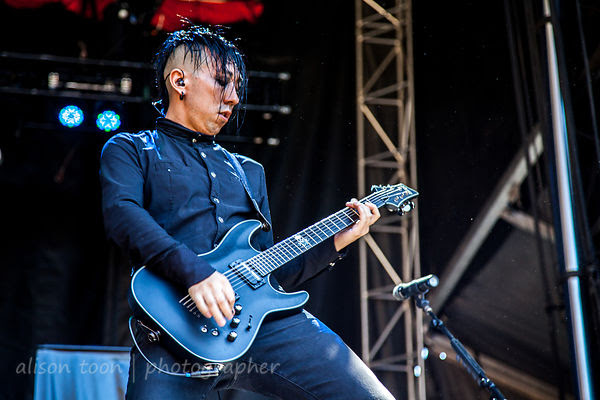 This is over-the-edge for me. And I love it. 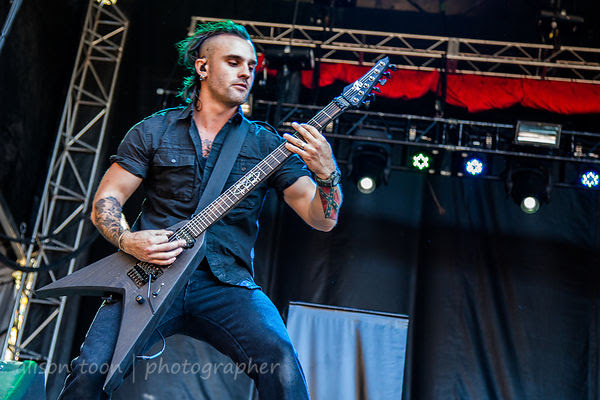 Fellow prog fans out there: get out of the pub, and listen to Mourning Star. You might like it as much as I do. Check out the artwork too...

Stardust is beautifully and aggressively haunting. The whole album is. Listen to it, over and over again. Well worth the year's wait.

Click on any of the photos to see the full gallery from this year's Aftershock festival. Also, search this blog for other Gemini Syndrome postings.
Posted by Alison Toon Photographer at 1:25 PM