This past weekend's festivals: Route 91 and the Las Vegas shooting 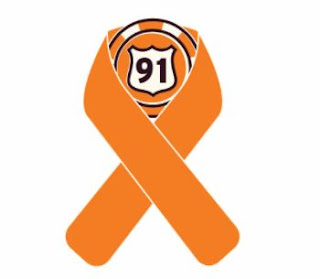 This past weekend, I was in Louisville, Kentucky, for Louder Than Life: a music festival, a hard rock and metal festival, attended by many tens of thousands of people, all listening to the music, enjoying time with friends and family, and just having fun. After the final show ended, we all headed back homewards... tired, happy, and with a suitcase of memories.

In another city, Las Vegas, thousands of other music fans, this time fans of country music, were doing exactly the same thing: listening to the music, enjoying time with friends and family, and just simply having fun. The Route 91 Harvest festival in Vegas came to a very different end. Instead of happy memories, people are left with nightmares that won't fade and disappear with the dawn. The pain that all of those people are going through. The hurt, the questions, the horror.

So before starting to share my photos from Louder Than Life, I wanted to take a moment to think about what happened in Las Vegas. It's heartbreaking. Mass shootings happen here, over and over and over again, almost every day, and nothing ever changes. The numbers just grow bigger.

Growing up in, living and working in countries with very strict gun ownership laws, and with completely different gun cultures to that of here in the USA, my views on gun control may be quite contrary to the American Dream. I don't have a gun phobia. I've used a rifle and other guns to shoot targets; I've eaten food (rabbit, game birds) shot by hunters on their own property. I can understand the pride of a trained marksman. I know that there are dangerous, military combat situations where a having weapon is critically important (in a war zone, not on the streets of my home town). But having the option to own a gun has never, ever, ever seemed like a basic human right to me--why would it? I find it fundamentally impossible to understand why so many Americans consider the Second Amendment, designed to allow the government to pull together a militia at will, means that Americans now, many years after the constitution was written, should be able to own as many weapons of human destruction as they desire.

Seeing "open carry" in effect on the city streets of Louisville was already hard to deal with.

I flew back from Louisville on Monday, with a connection in Las Vegas. There was no disruption to the flight: we were not rerouted, nothing changed in the schedule. Coming in to land, people on the left side of the plane were straining to take phone photos of the Mandalay Bay hotel, trying to get a photo of "the window". The airport was still full of tingling, flashing slot machines. The muzak played full blast. Nothing had changed, even though it was just half a day after a man rained down gunfire on a plaza crammed full of music fans. Apart from a few passengers quietly telling each other where they had been when it happened, it was just another day in just-another of America's airports.

I didn't want to have to tell anyone there that I'd spent all weekend "shooting a festival". That would have sounded so very, very inappropriate. Inane. Insensitive.

What do we do next? Help me out here. I'm losing faith in understanding the American psyche, whether it's racism or gun ownership or health care or even education. The views and the votes of so many people go against everything I was raised to believe.

All I can say now: just take care of each other. Be aware of your surroundings; know your limits, and have an escape route planned. Carry love in your hearts, logic in your heads, and music in your ears.

Returning to normal service now. The next post will be about Louder Than Life.
Posted by Alison Toon Photographer at 2:08 PM