People of Louder Than Life; I am still stunned by your crowdsurfing skills. Throughout the entire Louder Than Life festival this past weekend, you came gliding over the heads and hands of tens of thousands of people, all the way over the crowd, spilling into the arms of the security team, back onto your feet in the pit, running and grinning and laughing your way back out to the crowd, to do it all over again. You crowdsurfed as a banana, a slice of bacon, a gaggle of superheros, teddy bears, as a panda, a unicorn. (Did anyone see the dinosaur surf? I saw a T-Rex! Really, a huge dinosaur, who was headed towards the main stages, but I was going to the Zorn stage and I didn't see him (her?) surf!) You held onto your cell phone and took videos; you didn't drop your purse or your hat, (not even your big black furry top hat, though I did see someone holding up what looked like a scalp with long floaty hair). You were under five years old, and you were over 80; you surfed in wheelchairs, on crutches, as a family holding hands, and all on your very own. You were a river of crowdsurfers, a non-stop highway of beings floating seven feet above the ground. It was quite a show... and that's before we even get started on the music! People of Louder Than Life... you definitely rock!

People of Louder Than Life, give a shout out to the folks who were manning (and woman-ing) the barriers, catching the surfers; the event and security team from ESG who worked non-stop all weekend, and went home with more than a couple of bruises and aching muscles. They worked like crazy and stayed calm even when the surfers poured into the pit as if a dam had broken. Thank you, security team, for being such good catchers.

People of Louder Than Life, you brought your kids and your parents and grandparents too. You saw so many great bands, and you danced, you headbanged, you screamed and you raised your metal horns. I was dancing with 16lbs of camera equipment, but I danced, I danced, I danced. 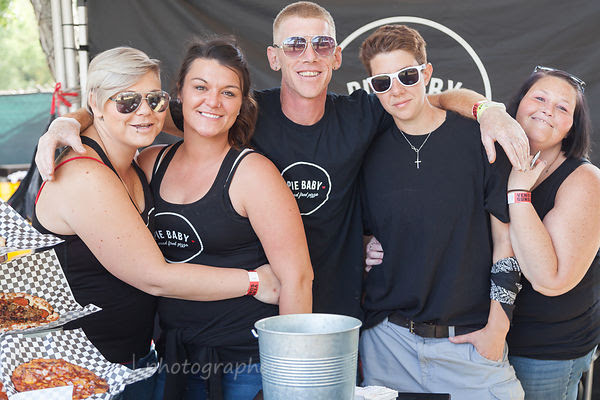 You ate food from the people who spent all weekend cooking and serving; you drank beer and bourbon and water by the gallon; you came in your favourite band's T-shirt and then bought merch for the festival, too; you came in kilts and in shorts, in makeup and with sunglasses. You wore rude slogans and most of them were funny and serious too.

You visited the Music Experience and FXCK Cancer and Dying 2 Live and Take Me Home, and all the other Experiences that are such a huge part of a Danny Wimmer Presents festival. 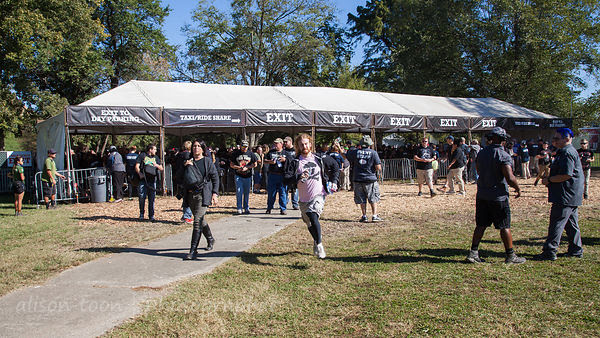 You ran into the festival early in the morning and claimed a spot near the barrier, and then spent much of the day and evening with surfers flowing over your head and security guys in your face. I hope you were able to see the show OK! I know you could hear it! Dude in the pink shirt... you kept calm and collected no matter what was happening around you. You're a rock star!

I'm pretty sure you'll join me in saying a huge THANK YOU to the festival organizers, to all the workers and the volunteers, to the bands and musicians and roadies and stage builders and the entire festival crew, for making this such a weekend to remember. THANK YOU everyone--we'll see you again soon. (Did I hear someone say "Aftershock"??? Or maybe you're already headed to Rock Allegiance this coming weekend?)

There's a big gallery of photos of you all here: feel free to share using the Share button!

And most of all... you enjoyed the music. So did I. Photos of the bands are coming soon... keep an eye on this site, on Twitter (alisontoon) and on Instagram (alisontoonphotographer) for updates from Alison Toon Photographer, and also check out Go Venue Magazine too!