It's a week ago, already. Unbelievable that time can go, so fast. A week ago: waiting in the field at Cropredy in England, near Banbury, near Oxford in England, waiting eagerly for Marillion to take the stage at Fairport's Cropredy Convention 2014. Prepared with plastic poncho ready for the rain that was forecast to arrive, part-way through the set. And arrive it did, but not as heavily as the day before, when we'd been drenched and I'd somehow managed to sit in a puddle which had flowed out of the sleeves of the poncho onto my seat. (At folk festivals, you take a seat.)


Marillion at a folk festival? you may well ask. But bear in mind that last year, Alice Cooper was there. This year, there was Steve Hackett, the Australian Pink Floyd show, Marillion and, dare I mention, Chas and Dave. Don't ask. But yes: Fairport Convention share the festival with not only some superb folk performers, but also rock. (Just don't mention C&D again.)

Marillion's set at Cropredy was a gentle introduction to the band for people who didn't know their music, and a reminder of favourites for the core group of fans who'd come to the festival, some from near, some from far afield.

Splintering Heart, Easter, Beautiful... Power, You're Gone, No One Can, Sounds that Can't Be Made, Man of a Thousand Faces... even Kayleigh and Lavender. Neverland. 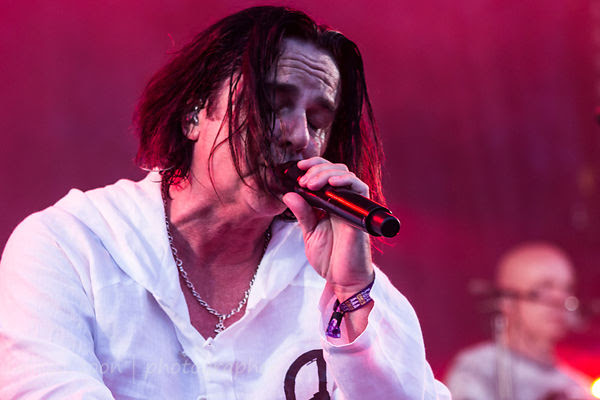 And then, as an encore, Gaza. 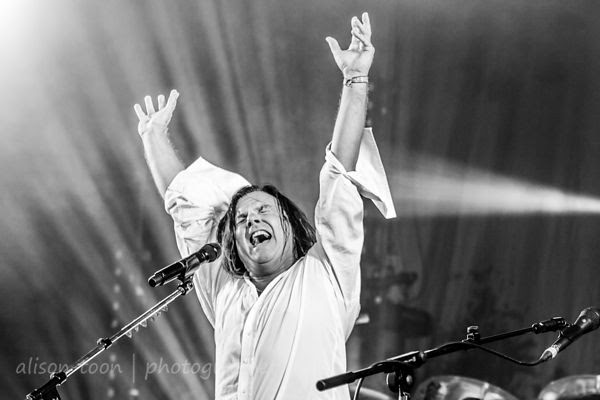 It made me cry. I didn't think it would, but it did. And before you rush to judgement on the nature of this song, read my earlier review and remember that it's about conflict from a child's perspective. No-one should have to live in that kind of physical and mental environment today, whether in Gaza, high on a mountain in Iraq or in a village in Syria or in fear of one's life in a country surrounded by hostile nations. No-one. We're all one people, and if we look back to the roots of these long-at-war excuses-for-religions, all have Moses carrying the same commandment back to his/their people: Thou Shalt Not Kill. And yet, we do... or we stand helpless and impotent while others decide what is right, or we allow "religion" to interpret the commandment to mean just whatever the heck they want it to mean, rendering it meaningless. So yes, Gaza made me cry, and think. Again. 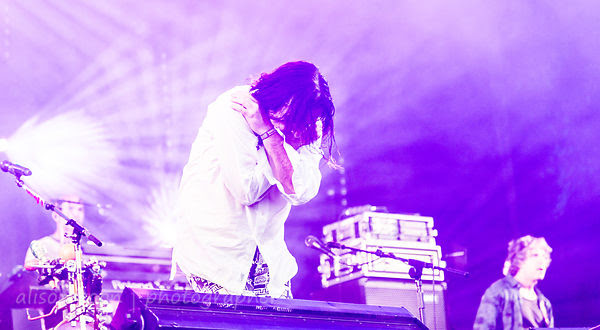 
Posted by Alison Toon Photographer at 9:57 AM