George Clinton, Parliament Funkadelic, and what younger musicians can learn from the grand statesman of funk

I've been lucky enough to see a George Clinton and Parliament Funkadelic show twice in the past two years, both times at Sacramento's Ace of Spades: first time was March 2013, second time, last night, 30th August 2014. Every show I photograph, I try to do two things regardless of the venue, musical style or anything else: capture one decent shot of all the performers on stage at the same time, and capture at least one decent shot of each performer, individually. I think that last night I failed, big time. There were at least eighteen performers on stage--at least, that's what I counted (see first picture in this article). I think there were at least a couple more. So.... not sure that I have all in one shot, and probably don't have one of everyone!

How on earth do you control and guide and manage and direct so many talented and individual performers, and in such a small space, with such a freeform genre, while they also dance (and occasionally do hand-stands, thank you Sir Nose), often play multiple instruments and take on different personas, and make it a huge amount of fun at the same time? OK so one of the eighteen may have been the guy who was moving stuff, but still... lots of people in a very small space. Plus all the mic stands, instruments, Mr Clinton's chair... 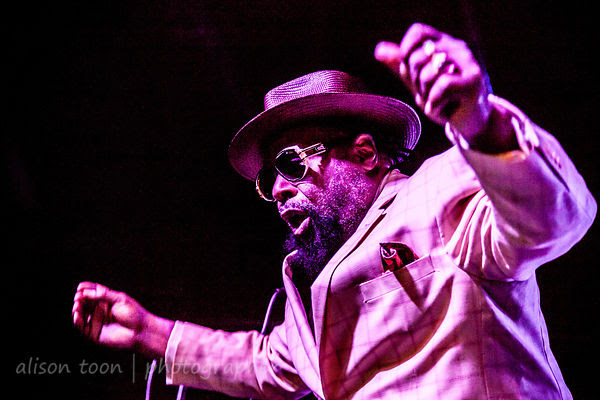 I challenge anyone not to dance to funk. I don't think it's possible, You Have To Dance. Last night's show was a little less raunchy, and a little more restrained than last year's, and it was very, very danceable. 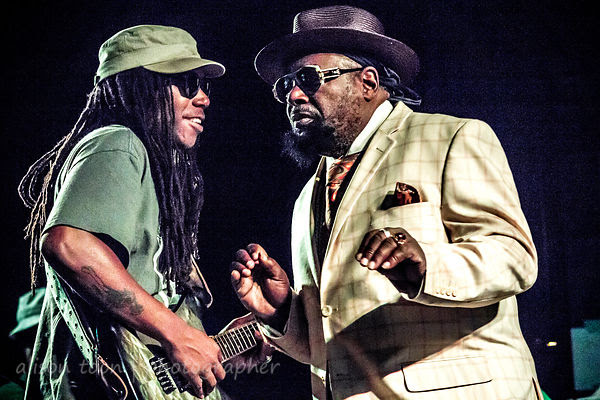 Mr Clinton, the smart-jacket-and-hat-wearing Mr Clinton, (have we said goodbye forever to the multicoloured-dreadlocked Mr Clinton)... he's the elder statesman of funk, and -- no matter what musical style you play -- he has a few things to teach up-and-coming musicians. 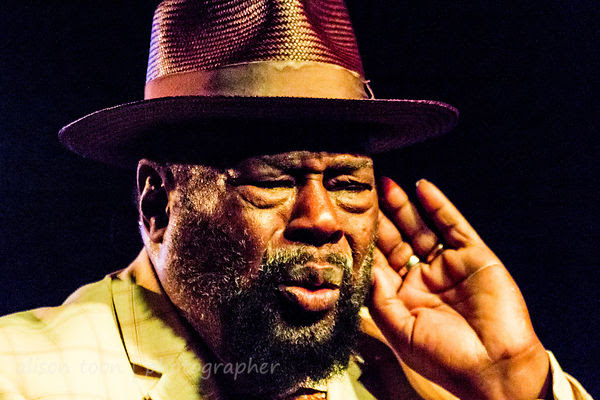 1) Remember to appreciate your audience--they'll become your fans. You don't go to see a George Clinton performance, you become part of it. The audience matters. He wants to hear you. He sees you and encourages you. You're part of his music, and it makes the performance that bit more enjoyable; as a member of the audience, you're special and appreciated. 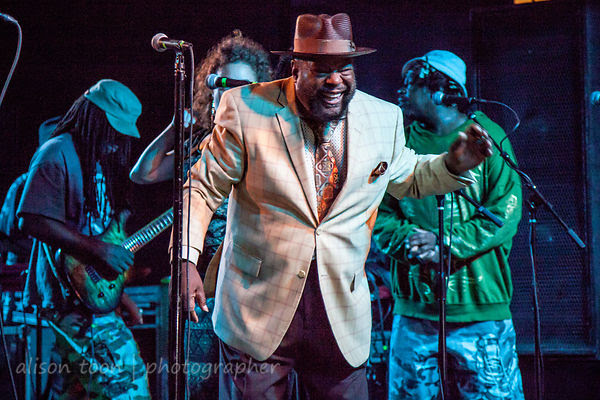 2) Surround yourselves with excellent band members. All the performers in Parliament Funkadelic are terrific musicians in their own right, and they make it work as a whole. Each is an individual whose talents shine out too. It's not an ego-contest; it's putting together the best talent and personalities to collectively produce a result that keeps listeners coming back. 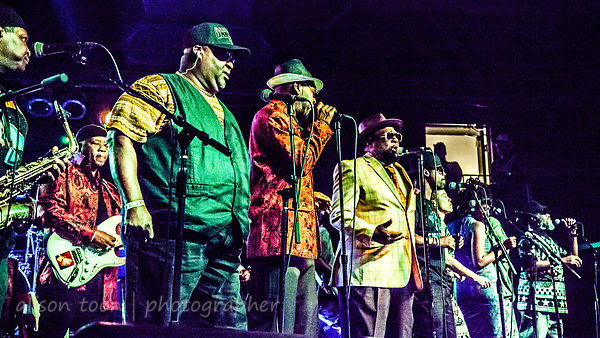 3) Never give up and never stop working at it. (The man is what, 72 now?  Nope! Just turned 73!) He's still out there touring and working the show. Been through hard times, been through better times, and the music keeps going strong.

Highlight of the night for me was guitarist Ricardo (Ricky) Rouse. Beautiful solos! 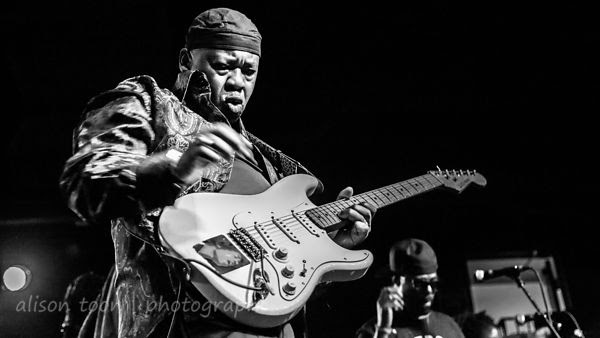