I loved seeing these guys at the State Fair last year, and I say it again: I never expect to like a tribute-band, cover-band, but Queen Nation just rock! 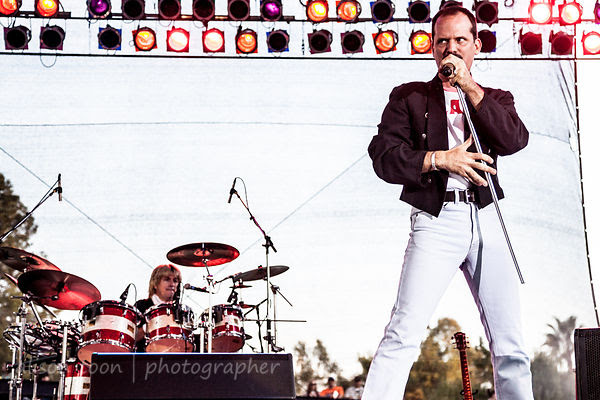 Working Men's Club, which was where a family could go; Dad could have a pint of beer, Mum a Babycham, we kids bottles of Vimto or Tizer drunk through straws, and packets of Walkers Crisps. The bands were local and often dismal, but some were good. But part-way through each and every show, when the bands were playing their own music, the same group of grown-up young women used to start shouting for the band to play The Shadows "Apache". And, as all young bands did in those days, the band went to playing covers for the rest of the evening.


(I say they were grown-up. They wore makeup and stiletto heels and carried handbags, and had hairdos. Looking back? They were probably sixteen or seventeen, recent school-leavers, happy with their weekly wages as haidressers' apprentices or shop workers. They seemed grown up to a pre-teen... but already I questioned their wanting the musicians to re-do the same stuff that we'd heard the week before. And the week before that.) 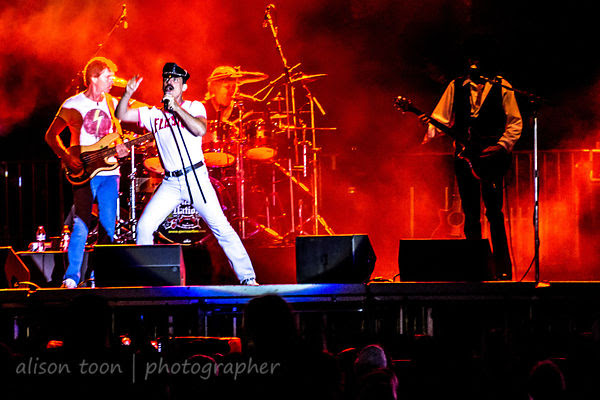 Queen Nation are not that sort of band. Queen Nation take the music of Freddie Mercury and co., and keep it alive and real. They are fun, it's true, but the music is a great tribute to Queen. (I think I've learned the meaning of "tribute".) They don't just play the music: they take on the personas of the band, and very well they do it.

Queen Nation are musicians, and Gregory Finsley has one hell of a voice. (At one point last night, I realised that he and Mike McManus can channel David Bowie too.) 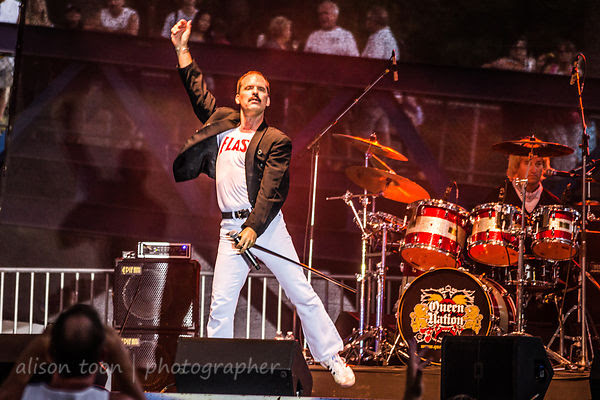 They are, in my mind, the best-possible band for a State Fair. We know the songs, and can sing along. We know they are not "the real thing", but the music is true. They are real professional musicians, yet they take themselves only as seriously as the situation demands. They are totally enjoyable: the seats were packed, there were people standing outside of the concert area and behind the stage and all along the sides, listening and singing through the whole show. 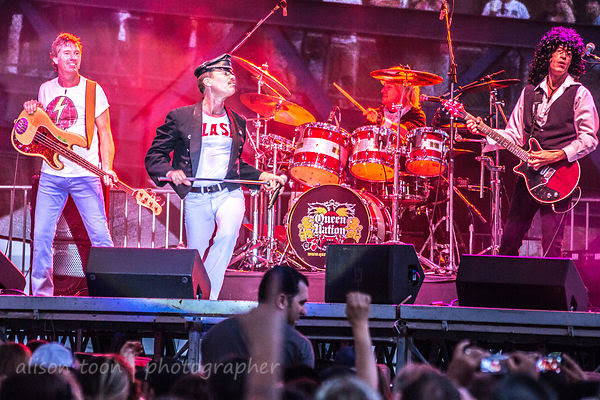 Oh and yes. Brian May's hair was there.

(If you're every hungry to see Queen in Freddie's heyday, check out the LiveAid DVD.)