SacTown Rocks, and everyone had fun. Local music, the city rocked!

Put in motion by 98 Rock's Pat Martin, SacTown Rocks took over several blocks of Capitol Mall, between the Capitol building and the golden doorway to the city that is Sacramento's Tower Bridge. Running from just after 2pm until around 10 pm, the show featured two stages, eleven bands, loads of food trucks and drink vendors, a VIP area with its own beer cellar; Budweiser, lemonade, barbeque, plenty of water, big screens for those who preferred not to squash their way to the front, and a very-very sunny and warm (hot!) Sacramento summer's day. 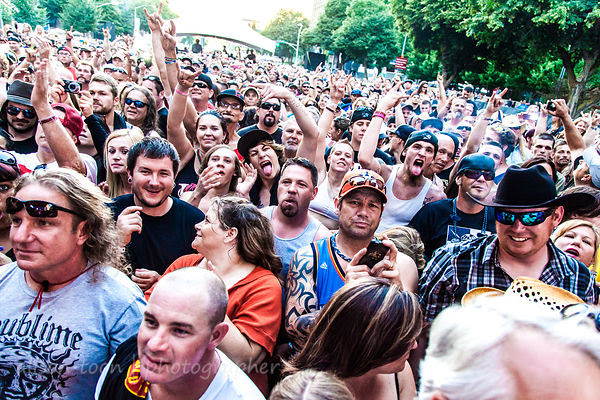 The crowd grew during the day; Tesla is an inevitable draw in this town, the town where they first started, and where, 27 years later, they are still an active part of the music scene. But more about the bands later... this post is all about the people! 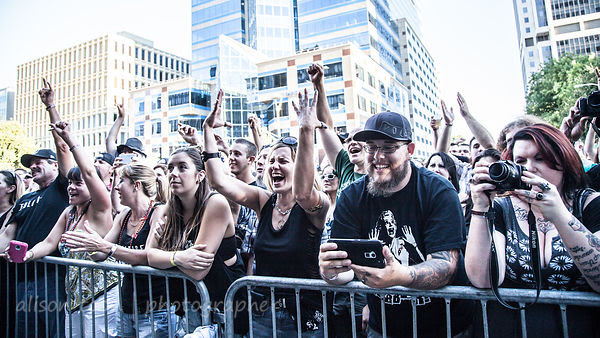 As with Aftershock, you're the ones that this is for. You listen to the music, and you buy the tickets. You dance and rock to your favourite musicians. You raise your kids with music. You bare your beautiful ink to the sun, and show your tasteful (and in some cases, less-than) tattoos. You support the music, and without you, these events wouldn't be possible. You're the fans, the audience, the applause and the cheering, the metal horns and the clapping and the waving and smiling. You're the EMTs and the security guys who keep everything in order, and everyone safe, and you're the guy dancing like no-one is watching. 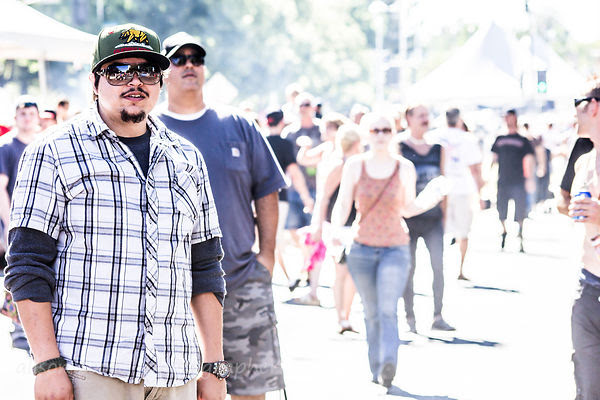 You made it a great day!  Thank you to everyone who was there!

There are many more photos on my website. If you spot yourself and are so inclined, go ahead and share the photo using the Share button (it will make the picture just the right size for Facebook, Twitter etc.)  All the "people" photos are here: http://www.alisontoon.com/-/galleries/music/people-of-sactownrocks 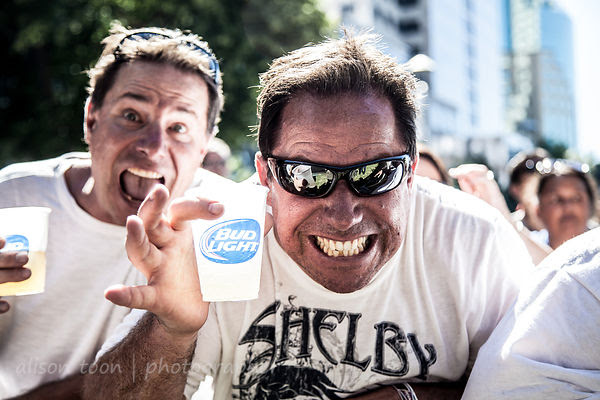 I was at SacTown Rocks with Soundz of Norcal (click the link to find out more). Photos of all the individual band sets can be found here: All the bands, all the music, SacTown Rocks!

The only thing I found a little incongruous about the whole festival was the booth run by a DUI Attorney. The assumption should be that it's never OK to drink and drive. It's not acceptable. By putting a DUI Attorney's sales team at an event where alcohol is on sale and people are partying seems, to me, to be saying heck, so what if you get into trouble, we can get you out of it. It's sending the wrong message, and it was making an assumption that everyone who listens to rock is likely to drive drunk. I found it quite bizarre...

As a photographer, I love crowds...there's no posing, no organization. There's someone with their eyes shut, another whose toe has just been trodden on, someone who has just spotted a friend or a member of the band, the guy who loves hamming it up for the camera, a kid looking on in wonder, two friends taking selfies... all in one shot. I'm working on a collection, "A Face in the Crowd".

Hope to see you all at Aftershock 2014, Sacramento's next major rock and metal event! Have you bought your tickets yet?