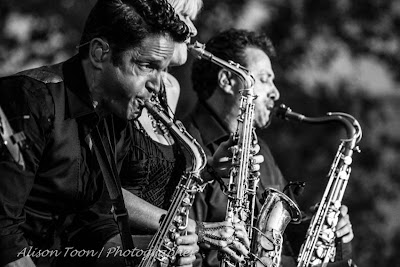 Last night was the opening concert of this year's Sunrise at Night concert series: Dave Koz & Friends; very very smooth sax-filled jazz, and playing smooth-jazz versions of many songs which had a big horn section in the original version, from the new album, "Summer Horns". 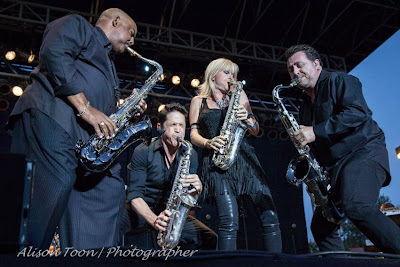 Partnered by Mindi Abair, Gerald Albright, and Richard Elliot, the audience were treated to an aural show of sublimely-smooth sax playing: the band played a two-part show, with no supporting act. After the intermission, the saxophonists reappeared, not on stage, but by playing their way through the crowd to take a position in front of the stage. Mobbed by happy fans, they continued playing! 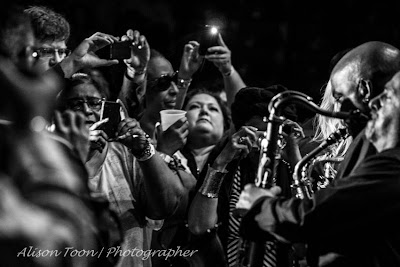 Sometimes when "shooting"a show, I find myself distracted, or rather attracted, by one member of the band, photographically. This time, it was the guitar player who was mostly hidden in the shadows. Something special there. 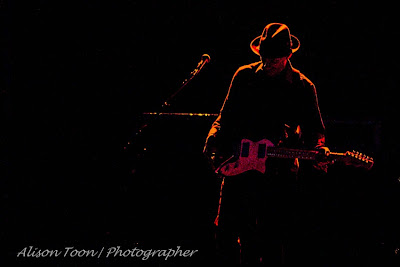 He is Randy Jacobs, and his bio and musically history speak for themselves. He is, indeed, something special. 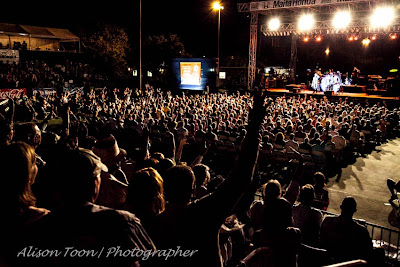 For details of other shows in this year's Sunrise at Night concert series, go to http://www.sunrisemarketplace.com/info/concerts 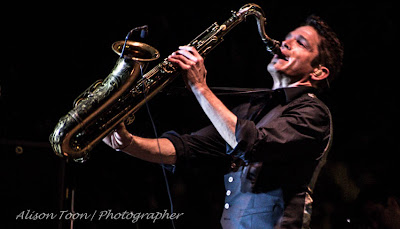