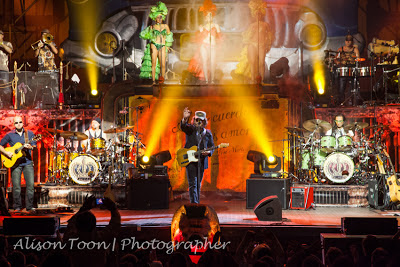 (Marillion Weekend apart), Zucchero's show at Grenoble's Summum on Thursday evening was the best show I have seen so far in 2013. 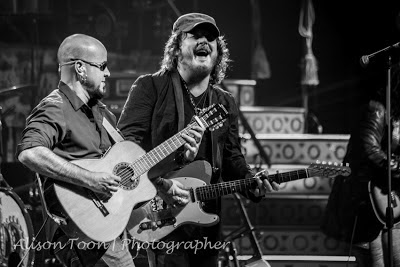 Huge set, long and varied music, excellent musicians, and, of course, Zucchero's voice. Think Joe Cocker with the power of an Italian opera singer, and the backing and support of a rock band made up of the best musicians around, and you get the idea.

The setlist included songs from the Cuban-influenced "La Sesion Cubana" album and from past recordings, many of which Zucchero recorded both in Italian, and in English. If you have never heard Zucchero, a good introduction is "Zucchero and Co", which showcases the recordings with many world-renowned musicians. 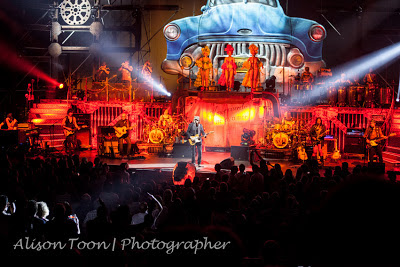 This show also showed how good music transcends languages. Zucchero was talking Italian, and most of the songs were sung in Italian. The audience, for the most part, was French. And again, (Marillion weekend apart), it was the happiest, most international and most into-the-music audience I've seen yet in 2013. Happy singing dancing waving laughing people; all ages, men and women, all ages. We had fun. (When Zucchero started to sing, "I Lay Down", I admit I was looking all over the stage for John Lee Hooker's ghost, because I could definitely hear him singing; he was present in the duet, but recorded. Zucchero explained that prior to the song, but I don't understand much Italian!) Yesterday, driving up the M1 in England towards the Midlands, jumping from radio station to radio station trying to find something worth listening to, I had to ask: why do people listen to bands with no vocal strength, no presence? (And that's nothing new... I was asking the same thing when I was a teenager.)  I'll take Zucchero and Marillion's H any day...

(Now there's an idea. How about a Zucchero-H duet? Now wouldn't that be something...)

Zucchero is on tour for a while yet: see if you can catch one of the shows. I promise, you'll not be disappointed.

Posted by Alison Toon Photographer at 2:09 AM