Beware of Darkness: "Orthodox", a review


Since I saw Beware of Darkness at last year's Aftershock festival, I've been eager to hear their new--first--album, "Orthodox". While "Howl" and a couple of other tracks have been available as a single and EP for a while, Orthodox has just been released (May 7th 2013).

I bought the real, tactile CD so that I could play it in my truck while driving around. It comes with a lyric booklet, and you'll want to read those lyrics. Just don't slit your throat after doing so, OK? Intense.

The tracks are grouped into four sections: Ignorance, Loss, Depression and Enlightenment. "Howl" is rocking, sexy, insistent, with a great bass riff. "Sweet Girl" might have been a Stones song if it were not for Kyle Nicolaides' raw vocals, and a youthful edge. It blurs into the end of "Howl" like a DJ running on Brown Sugar. "Ghost Town" begins with a haunting cello then moves to the rhythms that so reminded me of Morphine at Aftershock. That's the first part of the album: "Ignorance".

"Loss" begins with "Amen Amen", really showcasing Nicolaides' unique vocal style. It's almost an anthem, almost a waltz. "All Who Remain" is a sad, haunting song, despite it's happy tune. Caught me up in the lyrics. "Heart Attack" is vitally and appropriately chaotic. 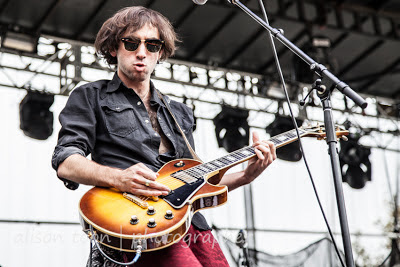 And then "Depression"... "Morning Tea". Yes it's depressed, but it has an underlying humour and a solid melody. "End of the World" is as it's name describes and I want to sing along with it. And "Life on Earth"... it's the standout on the album, the surprise, the beautiful-yet-bloody diamond hidden in a dusty bag of jewels. Raw and naked and almost-acappello-but-for-the-piano and so beautiful it hurts.

"Englightenment": "My Planet is Dead", "Salvation is Here", and finally "Hummingbird", which is like a blackbird singing in the middle of the night. Hear it.

I was surprised by the variety, talent and beauty of this album, all underpinned by solid musical talent. I was expecting something good, but Orthodox takes those expectations, knocks them aside, and gives something better. 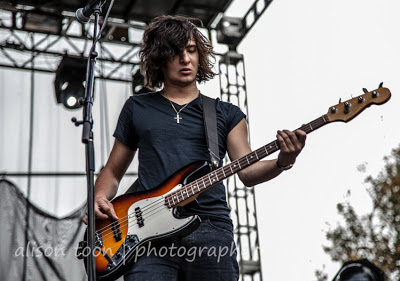 Note that the MP3 version sold online has an additional track which is not included on the CD: "Be My Exorcist". Yes, I bought both. My home PC and music server has decided that it no longer has a CD drive (it does, I see it in the front of the box, same place that it's always been) so that's my excuse for buying two copies. CD is available on Beware of Darkness' website, or your usual music store.

Do me a favour, everyone. Don't make these guys an overnight sensation. It would be easy to do that... and I'd really like them to be around for a long time, to hear how this sound develops. I think there's a lot more to come.

Beware of Darkness is Kyle Nicolaides (vocals, guitar and piano), Daniel Curcio (bass) and Tony Cupito (drums). They are currently on tour in the USA: see their website for details of a show near you.