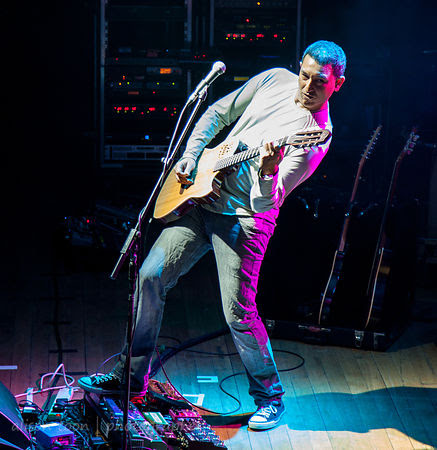 East meets west...  electric guitar, shredded and sliced,  tabla walking you home in India, or is it somewhere in England's Midlands? Beautiful blend of eastern and western fhythms, melodies and styles. Long songs reminiscent of jazz impros, but with very different sounds. Quite beautiful. 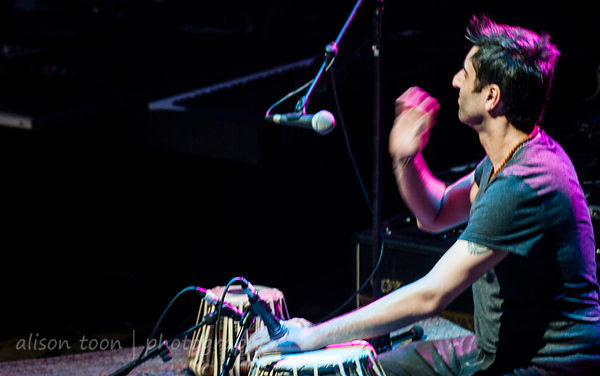 Aziz' first album is called "Rusholme Rock", and is available on IndusRecords.com.  Listen to a (very short) example: "I Fought the Law" here on IndusRecords  This really isn't representative of the songs that Aziz played when I heard them: those were (much) longer and far less commercial. (I prefer the live, guitar-solo sound.) 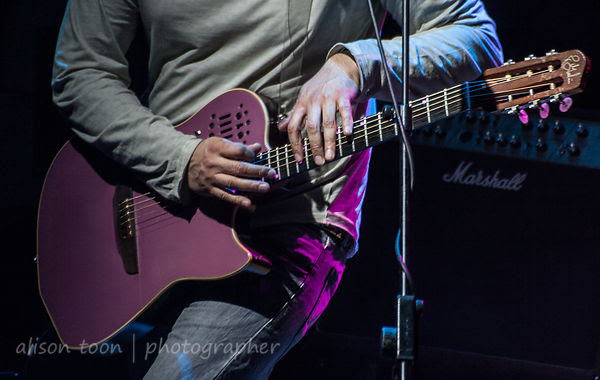 And the sound of Aziz takes me to another place... if you like Aziz, you also seriously must/do need to hear Richard Piekoff, genius slide guitarist, blender of Eastern and Western sounds, wonderful musician, great guitar teacher too. Try Monsoon Season  in particular. Or listen here to "Ram Narayan" and more:

Now wouldn't it be interesting to hear Aziz, Dalbir and Richard P., all together?