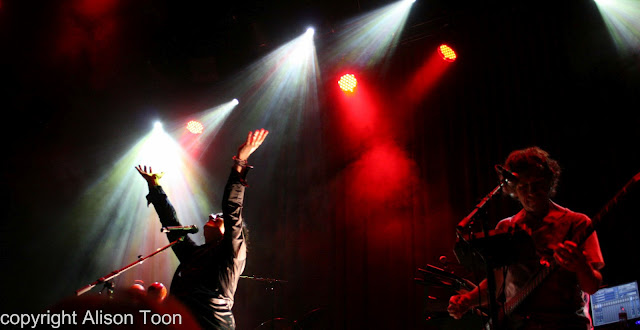 There are bands that move you, make you laugh, make you cry; support your anger and angst and share your joy; are with you through thick-and-very-very-thin; there are few who hold you so close you can feel them breathe.


Marillion do just that. And more.
Since last Friday night, maybe more people understand it. The ones who came along to the show at the Fillmore, not quite knowing what to expect. Maybe dragged along by an enthusiastic partner. Or just knowing the Fillmore's reputation for the bands that perform there. They joined the line of long-time fans, some of whom had been travelling around the USA, seeing as many shows as they could; others, like myself, who had to be happy with just one.


Happy, indeed I was. Still am. It doesn't fade. 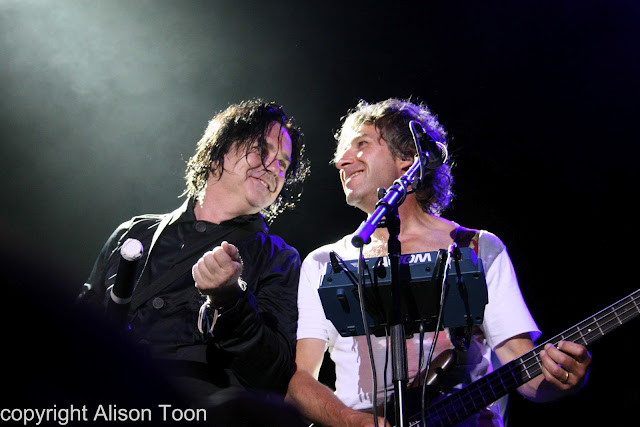 And I brought my three (grown-up) children. They've been listening to Marillion as long as they can remember; a bit like second-hand smoke. They are hooked too... in a good way.
There was a line outside the Fillmore from before 6 pm, with the show not due to begin until 9 pm. Marillion are not well-known in the USA, and yet the line was there, in the street, on a cool San Francisco evening. (For all the talk of flowers-in-you-hair and Californi-so-it-must-be-beachy, San Francisco can be darn chilly; all that fog rolling in, the wind sneaking up-and-down the hills and between the tall buildings. Drive a few miles north, south, or west, and the temperature goes up twenty or more degrees F. Go in October if you want summer in San Francisco.) 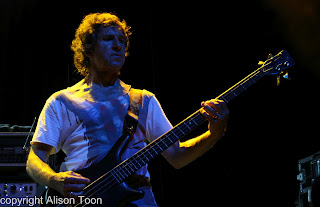 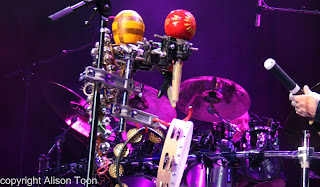 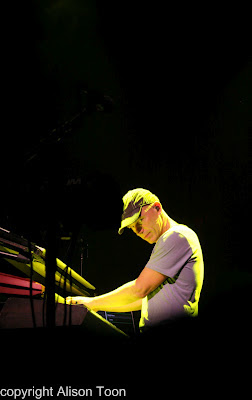 Lucky enough to have meet-and-greet passes, we waited in the Poster Room. Posters from all the class acts from the late sixties onwards: Jefferson Airship (Starship too), Greatful Dead, The Doors, Hendrix a few of the early ones. I didn't see a Tim Buckley poster, but there had to be one there somewhere. Surely? We chatted with a guy who had worked at the Fillmore for the past nineteen years. Oh yes, he'd seem some shows.
I bet he hadn't seen anything better than this. Not like this. "Not as much as this."

The set opened with Splintering Heart; Steve Hogarth leaning from the balcony like a vocal Quasimodo or Phantom... then into Cover My Eyes, no doubt making a little girl (or more likely, her dad?) happy (they'd been parading a poster up-and-down the line as we waited outside).

The Other Half. Fantastic Place. Great Escape... Easter. Afraid of Sunlight. Power, from the upcoming Songs That Cannot Be Made album. King... and a beautiful Rickenbacker guitar. Sugar Mice. Man of a Thousand Faces. Neverland. What did I forget? Estonia? (Or was that in my dreams?)


It was all... just... amazing.
First encore... Invisible Man. I felt it in the floor before it began. Like you know an earthquake is inevitable, just before it starts, you know what's coming, once you've lived through just one. Invisible Man is like that. It starts somewhere between your belly and your soul. 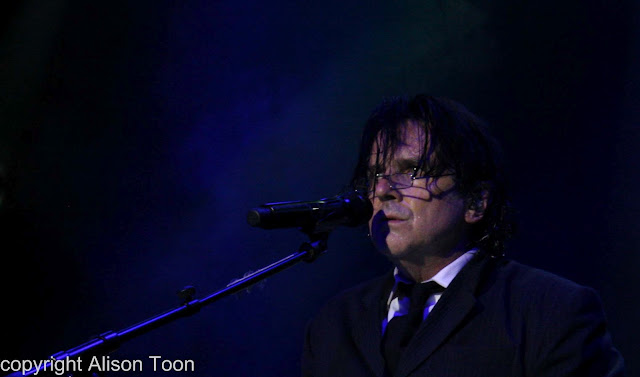 It's the lover who doesn't see you anymore. You cannot change them, you cannot bring them back to you, you cannot stop caring, nothing you do or say or feel or try has any affect on any one or any thing, least of all the one you care for. You have become invisible; or are you a ghost? And realising this, you cry... "I am perfectly sane..."

I think we have all been there. Right?

But who has expressed it?


Marillion.
And more... two more encores. We didn't want the night to end. I don't think it did. It's still going round and round and round in my head, and yes, the stupid grin is still stuck firmly in place.


"No one leaves you when they live in your heart and mind..."


Thank you Steve, Steve, Mark, Pete and Ian. Until we meet again. And we will. 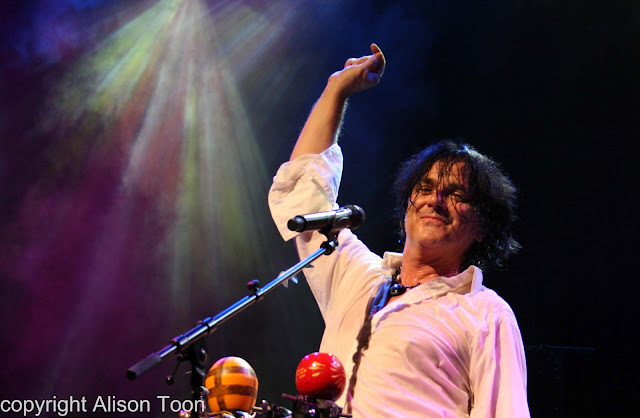 Full set of photos:   Marillion at the Fillmore

(And if you're looking for high-res photos, just contact me. See the Copyright blog, below, before copying. OK? )
Posted by Alison Toon Photographer at 4:39 PM