Get some variety: Cromer Pier Show, all summer long! 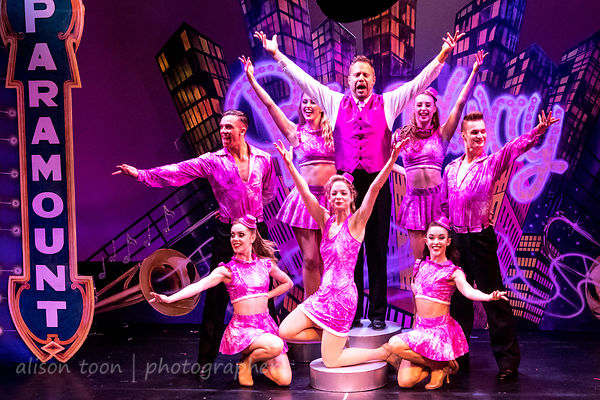 If you grew up with Morecambe and Wise' shows with their selection of diverse guests, or if today you watch TV talent shows such as Britain's Got Talent or America's Got Talent, then you already know what a variety show is. That's what the Cromer Pier show is: a huge variety of acts, styles and material, presented by a group of very talented people, with a comedian keeping everything flowing--making for a very entertaining show indeed. If you have never yet experienced a variety show, it's about time you did... here's your opportunity, in the beautiful seaside town of Cromer, Norfolk!

Over two hours of music, dance and laughter. There is a team of young dancers from Marlene's School of Dance, based in Cromer, and the music ranges from pop to Broadway to musicals such as the King and I and the Greatest Showman, right through to opera... the dance from high kicks to modern ballet. There are illusions and quick changes and naughty jokes and a man called G who has a million voices in his head (in a good way)... from Ken Dodd to Billy Connelly, all of whom have an uncanny knack of subtly changing their lyrics.

The adult performers include vocalists Emily Yarrow (read an interview with her here), who returns to the Cromer Pier show for a sixth season, and Harvey James, also returning to Cromer--he performed at the pier show in 2006 and 2007.  Steve Terry is the compere-comedian (if you bump into someone who sounds like Frank Spencer from Some Mothers Do 'Ave 'Em, it might be Mr Terry). The illusionists and quick-change artists are Zooka and Suzie Q

I hadn't been to a live variety show, or to see stand-up comics perform, in years. I really enjoyed Cromer Pier show... I was reminded how much I always enjoyed The King and I, I laughed out loud at the jokes throughout the show, again inspired me to photograph more dance... and I especially loved how G morphed into all of his characters while still being totally himself (just don't report him to the fashion police).

The show is a fast-moving two-or-more hours of flowing entertainment. It's fun. It's for all ages--bring the kids and introduce them to musical styles that they'll never hear on Radio One. You never know, it might be their introduction to a lifetime of musical exploration. Make Cromer Pier Show part of your family's summer holiday tradition.

The Cromer Pier show continues and upholds a great tradition in British theatre and entertainment. The Pavilion Theatre is the perfect setting: velvety seats, a gallery, gorgeous set design. The show is billed as the only remaining end-of-pier variety show in the world. I didn't see Simon Cowell in the audience--there's no judgement, just a whole load of good, happy, talented and enjoyable entertainment.

More information about the Cromer Pier show can be found here--it has been running each summer for over forty years! The show season runs from now throughout the summer: there are two different shows, and the final two weeks will see acts from both versions as the Ultimate Cromer Pier Show. Book tickets here for Show One, here for Show Two, and here for the Ultimate (11-22 September 2018).

Posted by Alison Toon Photographer at 1:56 AM