First listening: many of the songs are bouncy, even joyful (almost): get-up-and-dance rhythms, tablas and sitar and duduk and Indian melodies part of a couple of tracks (Final Days and Gender), a couple of ballads, but... cheerful. Then focus on the lyrics, and it becomes a manic dance in the arms of the scary clown from under the bed, whirling across the splintered floor of a decaying church. There is (lost) religion, there are secrets, there are worrisome happenings, but somehow there is no despair. 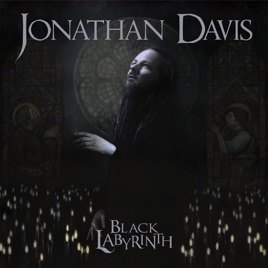 This dichotomy of first impression/what's happening in the depths is portrayed beautifully in the first song, on the album, Underneath My Skin. It's so... bouncy and yet:

Locked in my head while my sins are on display
Every time that I atone, they come back attacking me.

The song that sounds like a ballad, The Secret:

And your eyes flicker
You must be dreaming evil dreams
Are you eating someone's heart?
Is it what it seems?
Your smile would make them scream
But I know your sadness

Emotional takeaway: we can put a lovely, happy face over our own darkness. It's how we get through. It's called survival. It's called life. And this album hits it right on the head.

Black Labyrinth closes with the first single taken from the Korn frontman's album, "What It Is"; released in January, and part of the soundtrack to the movie, American Satan, it's a powerful, haunting and memorable track:


Mr Davis is on tour in Europe, including the major festivals and UK dates, plus Aftershock Festival in Sacramento, California in October--check out ticket availability and dates here on his website.

Find all our photos of Jonathan Davis with Korn here, in the photo galleries: http://www.alisontoon.com/-/galleries/music/korn


Posted by Alison Toon Photographer at 10:44 AM