Bitter-sweet: my photo of Marillion's Steve Hogarth, in the end-of-year edition of Classic Rock... which together with other of the Team Rock portfolio, announced that the were now "in the hands of administrators", appointed on 19th December 2016. Meaning that for the immediate future there are not likely to be any more editions of Classic Rock, Prog, Metal Hammer magazines, nor the award shows that Team Rock has been promoting, nor anything else... So nice to have my photo out there, sad it's likely in the final edition of this magazine. Buy a copy--they just arrived in the USA--and keep it in memoriam.

Also published in December, Revolver Magazine with this photo of Tom Araya of Slayer, taken at Houston Open Air, and part of an article about the Danny Wimmer Presents festivals. And I'm already looking forwards to more festivals this year... how about you?


And if you are heading to the Steve Rothery Band concerts, look out for the poster using this picture too!  Wish I could be there! 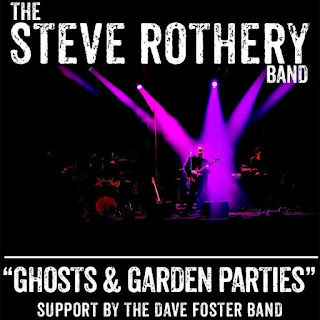