I'm really, really ready for festivals! Whether in Sacramento (City of Trees, Aftershock) or further afield, I'm ready! I bet you could find a festival to go to, every weekend from now until the end of October, if you set your mind and your bank account to it... Louder Than Life, Outside Lands, Ozzfest meets Knotfest, to name but a few.

This weekend, Chicago Open Air has a wonderful three-day lineup. If' you're there, I'm jealous--last year's inaugural festival was wonderful, this year's lineup is WOW.

One band that you'll see in several of the festivals during the rest of the year, including Ozzfest Meets Knotfest, is Stone Sour. If you're a Slipknot fan, you just might consider Stone Sour as Corey Taylor's "other" band, but Stone Sour began before Corey fronted the masked metal crew, and while very intense, heavy, metal rock, Stone Sour leans more melodic. And there are no scary masks or nightmare clowns to deal with.

Stone Sour's latest album, Hydrograd, is out now and I've been listening to it all week. The single, Song #3, has been receiving a lot of airplay, is high in the charts, and has a wonderful hook. St. Marie has steel guitar and a country twang. But the song that's sticking in my ear is When The Fever Broke... it's such a good album. Take a listen! Learn the words to sing along when you see them!

A couple of years back, I was very happy to be asked to photograph Corey Taylor's signing session at Aftershock festival in Sacramento. So many happy fans!!! Such a gracious man... Corey spent ages longer than planned, giving every fan attention, making them each feel special. And then he went off to do some fighting... does he ever stop? I hope not!

Which reminds me... when you go to a festival, don't forget to check out which bands are doing signings and meet-and-greets: they usually happen all weekend, sometimes at radio stations' booths, sometimes at The Music Experience as was the Corey Taylor signing in 2015. Check out the festival website to find out. Go meet your favourites... and you too may come away with an amazing memory and, on top of all the music, a happy face like these: 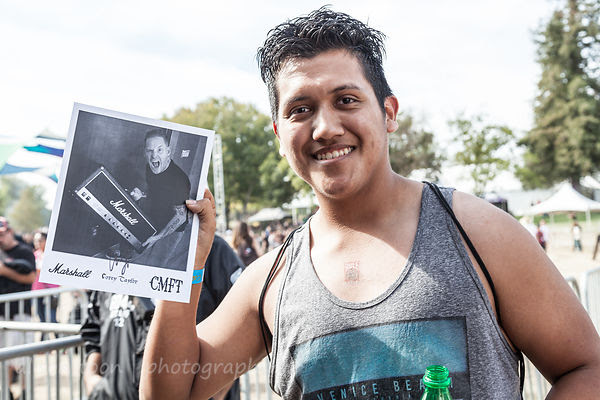 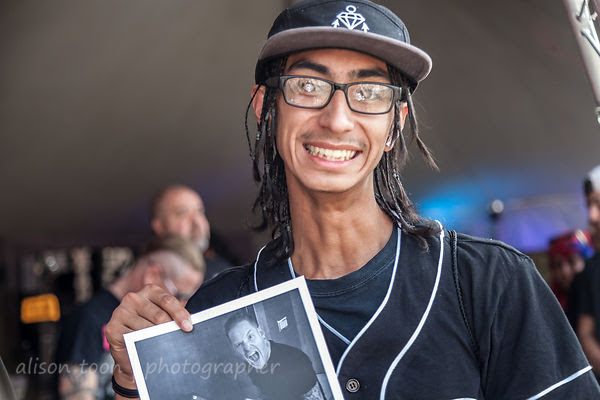 See you at the festival!!! I can't wait. Did I say that already?