Almost double-billed with Wayne Static, leading support act Otep really rocked the Ace of Spades last night. She has an adoring crowd of fans in Sacramento, and she is a performer who knows how to hold a crowd. 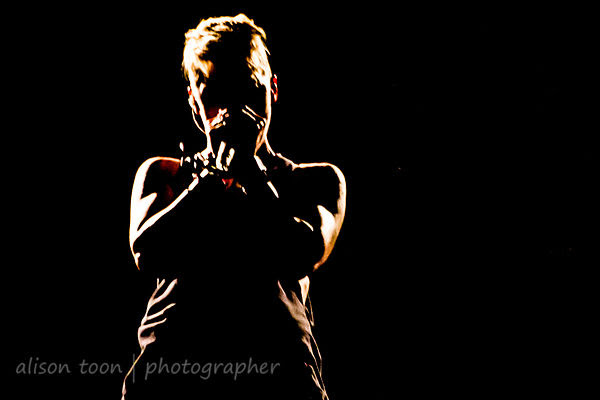 Spooky-eyed, strong, inked and blond; whether on stage or calling fans on after the show for photo ops and signatures, Otep Shamaya has a great relationship with her fans. At the end of her set, the fans were yelling for more. Otep! Otep! Otep! But there was a tight schedule and a midnight curfew, and it was time for Wayne Static. Between the sets, fans lined around the floor for a quick meet-and-greet with Otep. 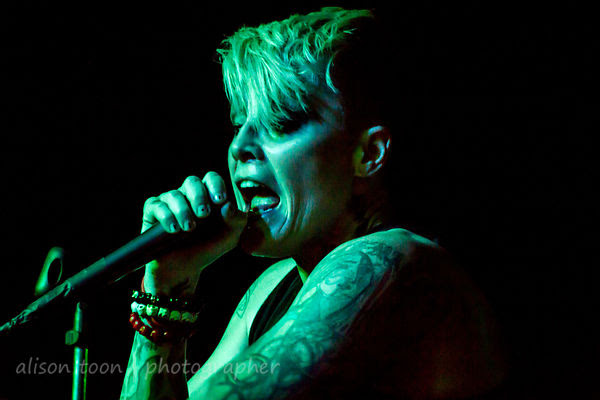 I love taking photos of Otep. Last year, this year. 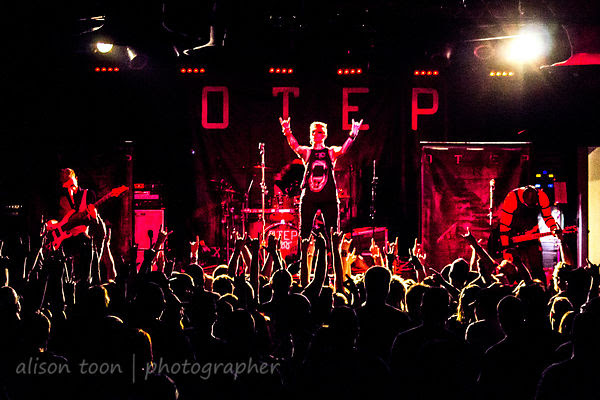 Of the women-in-rock around today, I'd much rather see and hear Otep than say Halestorm (too much screaming, not enough singing), or In This Moment (too much show, too much vamp, too much yelling, and nowhere near enough music). 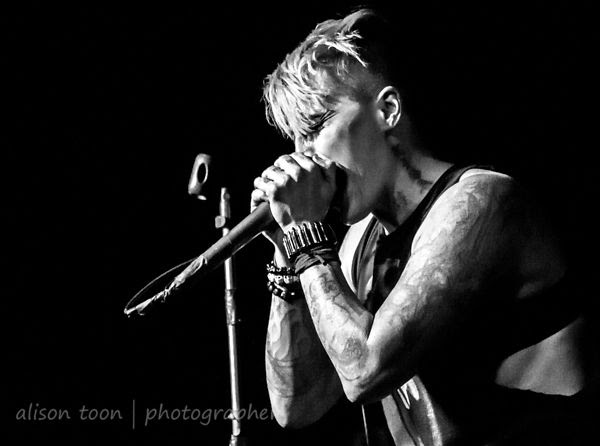 Maybe Otep will play Aftershock this year? Wouldn't that be cool...  Aftershock team? What do you think?

Otep continues on tour with Wayne Static as part of his Civil Unrest tour. See the tour page on Otep's Facebook for all dates.

For all the photos from last night's show, see the Toon's Tunes gallery.
Posted by Alison Toon Photographer at 3:29 PM