Part-way through Pacific Air's set, the girls in the audience started to squeal. Teenyboppers? Then, in the break before Two Door Cinema Club arrived on stage, more squeals each time someone was recognised moving guitars or amps or generally setting the stage for the headliners. 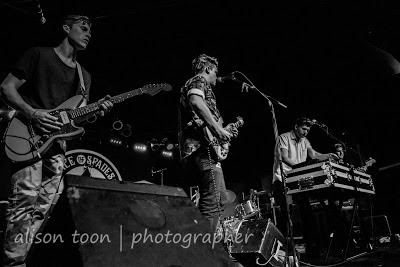 Growing up in England, teenybop-pop was never really my thing. When my sister was listening to the Osmonds and the Bay City Rollers, I had Black Sabbath, King Crimson, Van der Graaf Generator, Slade, Budgie, even Barclay James Harvest, the Stones. So I'm probably not the right person to review pop. 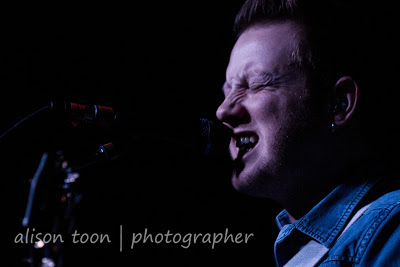 The crowd loved both Southern California's Pacific Air,(formerly known as Koko), and Northern Ireland's Two Door Cinema Club. The music is professional melodic, gentle, catchy, and very-very safe. Played by clean-cut guys to pin up on the wall. 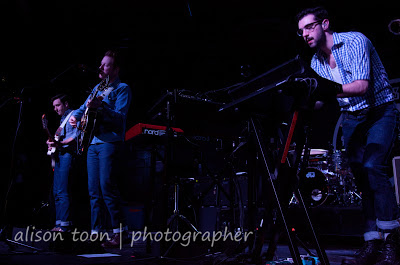 (The sort of music that, as a parent, you'd be happy that your kids are listening to--though you might not like them being exposed to the non-stop strobe lighting during the early part of Two Door Cinema Club's set. It made me dizzy, but then, I'm an old fogie and my dog had just died, so that's my excuse.)

But where has all the teenage rebellion gone?

Posted by Alison Toon Photographer at 10:43 AM