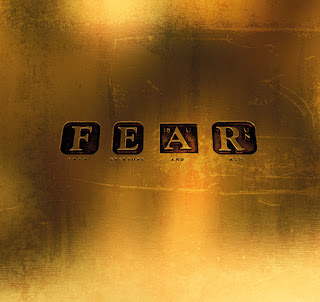 Midnight tonight, UK time, Marillion's latest album, the 18th studio album, Fuck Everyone and Run (aka F.E.A.R) will be officially released. Already seeing reviews stating that it's likely the band's best-ever--here's an interview with Steve Hogarth from the UK's TeamRock... and timed just-right for everyone to listen to before the band begins their North America tour in San Francisco on 21st October, at the Regency Ballroom. (Yes, it's the evening before Aftershock festival in Sacramento. Yes, we can do both. Yes, I WILL be at both. We can sleep when we are dead, OK???)

I'll be putting my digital release of F.E.A.R. onto my player for listening to on the flight tomorrow, because I'm heading down to Houston for this weekend's Houston Open Air festival! Alice in Chains, Slayer, Avenged Sevenfold, Deftones, The Cult, Anthrax, Gemini Syndrome... and Dinosaur Pile Up. Among many, many others... a few of whom will also be appearing at Aftershock in October, so expect to see a lot of review/preview posts here on Toon's Tunes/Cameras and Cargos between this weekend and then! (Can't believe it's already three years since Avenged Sevenfold were last at Aftershock... they are appearing at both Houston Open Air and Aftershock in 2016! And I *think* there are a few tickets left, for both, but you'd better get a move on.)

Posted by Alison Toon Photographer at 9:25 AM