Dreaming of Cathedral Walls: terror, or you could love 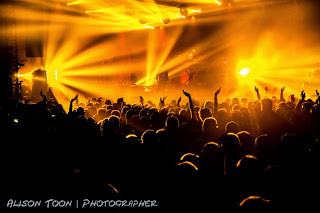 Woke this morning from an intensely-vivid dream; it started when I was surrounded by young men, boys, teens, threatening me with hammers then laughing, joking, and one, the one with gentle eyes, putting a bluetooth device in my ear and asking me to talk about love. I told them that love included acceptance of others with different beliefs, and they were shocked, but let me go wander. After a while, knowing they were listening, I started a monologue about love.

I was in a land with ancient rocks and ancient buildings, and beaches and water and tourists. One place was called Cathedral Walls, and we called, "Cathedral Walls" as we clambered and slid on the wet rock. The walls were beautiful, old, warm sandstone and stained glass.

My pocket was heavy. They had somehow returned my cell phone, yet it was doubled up, with two connected screens, and was no doubt transmitting everything I said or heard, or where I went. The young man followed me and I avoided people and places who I knew he considered his enemies and targets.

I tried to let my friends know not to say anything meaningful by pointing to the bluetooth device in my ear. I didn't think to remove it. I couldn't find a pen or paper to write on, nor did I ask for any.

Nor did I wonder, not until the alarm clock had me fully awake, if the boys had given me a bomb to carry, as well as the heavy phone.

I was trusting of the young man with Jesus eyes.

(I can easily understand why young people are enchanted by a message and a philosophy that paints a picture of a different world... but it has to be a better world. We have to teach them about love, and how it never includes the destruction of life.)

Or you could LOVE...

(Cathedral Wall is the song immediately before A Few Words For The Dead, on Marillion's Radiation album. Find all the lyrics here: especially meaningful right now, in the wake of the Paris, Lebanon, Mali and other attacks.)
Posted by Alison Toon Photographer at 7:35 AM